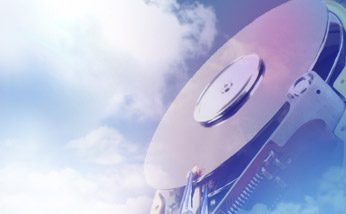 Google Drive is the search giant’s answer to Dropbox, Microsoft SkyDrive and countless other cloud-based storage solutions that are trying to grab a major share of the cloud storage market.

The service allows Google customers to log in, upload data into their cloud-based drive and leave it there for access on all kinds of devices, including Android-based smartphones, iPhones and PCs.

On March 18, however, Google Drive was taken down by an outage that affected some users. And not surprisingly, its outage called into question whether the service really deserves to be treated as one of the best online storage solutions in the world.

Google Drive certainly works as a storage option, and the service is widely used by Google’s customers. But when examining its overall value, one thing becomes immediately certain: It shouldn’t be used. Here’s why.

1. Got a problem with Google? Move on

Although Google is one of the richest and most successful Web companies in existence, a few people really can’t stand the company or its cloud applications. For those folks, getting started with Google Drive makes absolutely no sense. Google Drive is quintessential Google.

2. Too many competitors to count

Google Drive is facing too many competitors to be the ideal solution for many potential users. An enterprise user, for example, might find more to like with something like Dropbox. Although Microsoft’s SkyDrive doesn’t get tons of attention, it has more free storage. But if you don’t like SkyDrive either, there’s something for everyone in the cloud-storage market. SugarSync will deliver all kinds of features, including a better user interface and music streaming. LiveDrive’s 2TB of storage may be a bit pricey but certainly makes Google Drive look less appealing.

3. Security could be better

Unfortunately, security is one place where Google Drive tends to fall short. The biggest problem is the service’s credentialing. Getting into Google Drive is as simple as being logged into your Google account. So if you have Firefox open and Gmail up, it’ll be as simple as another person going to Google Drive within the browser to access your files.

4. Is it reliable enough?

Reliability is the difference between success and failure in the cloud-storage business. It’s for that reason that Google Drive might not win too many friends today. The service was down on March 18 for some users, and those who were affected took to Twitter to express their displeasure. Other cloud storage services, including Microsoft’s, have sustained outages recently. This raises questions about the reliability of all these cloud services.

When Google combined its many products’ terms of service into one, the company said that it would be a good move for all involved. But there are still some users who are quite concerned. After all, the terms of service seemingly made it easier for the transfer of information between Google services. For many users, that’s unacceptable—and understandably so.

6. The integration should scare you

Google Drive is fully integrated across all the search giant’s cloud services. So if something is saved in Google Docs, users will also find it in their Drive accounts. It’s also easy to add files from Gmail to Google Drive. Of course, Google says that the sharing is for convenience. But this level of integration is sure to make some users concerned about the privacy and security of their personal data. It should make users nervous about whether they control access to their private data or whether Google does.

Google is not offering enough free storage with its Drive service. When signing up, users only get 5GB of free storage. As anyone who has a 1TB hard drive in their computer knows, getting 5GB to fill up doesn’t take all that long these days. Where’s all of the extra storage, Google? Microsoft, for example, offers 7GB of free storage to start on SkyDrive. Even that extra 2GB matters.

8. The add-on apps aren’t so great

Google Drive comes with several add-on apps, like Forms, Drawings and App Scripts, among others, that are designed to enhance the offering. But in truth, those apps really don’t work as well as Google would have users believe, and don’t add a whole bunch to the experience. That stands in stark contrast to Dropbox, which works with a wide array of high-quality storage applications, like DropItToMe, SendToDropbox and others.

The corporate world might have some issues with Google Drive. As noted, the offering isn’t exactly the most secure service in the wild, given its credentialing issues. In addition, Google Drive’s app currently has no support for BlackBerry 10, making it a non-starter for some companies. The enterprise might be turned away by Google Drive.

10. The book is still out on cloud storage

Cloud storage is certainly a hot market in the technology industry. But whether it’s as great as the providers would have folks believe is debatable. Cloud storage still comes with its fair share of security concerns and the business models behind them haven’t fully been adapted to the users’ needs. Until that changes, the book will still be out on cloud storage and thus, Google Drive.