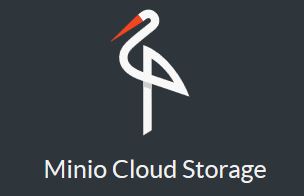 Here’s a major storage trend: New-generation IT is gravitating steadily to object storage systems, and for a lot of reasons. Big data workloads are getting bigger, simplicity in administration and security, an increasing number of content and function types, fewer requirements for structured data in databases and the growth of continuous-development-type IT shops are foremost among them.

Minio, a 2-year-old Palo Alto, Calif.-based startup, spotted this movement early on, raised VC funding and went hard to work building something it thought the dev market would want. The result is that the company on Jan. 31 announced the launch of a new distributed, open-source-based object storage server aimed at cloud applications and DevOps-using IT shops.

Minio, released under the Apache v2.0 license and written in Go, enables developers to store unstructured data on any cloud infrastructure, either public and private. Using Minio, app developers can containerize storage, apps and security all at the same time, hooking into the same resources.

Can Manage Unstructured Data on Any Cloud

Following more than a year of testing, Minio’s object storage server is now production ready, with major features such as erasure code, bitrot detection and lambda notification. It has grown in popularity among the Docker, Mesos and Kubernetes communities due its cloud-native architecture.

“In our system, each tenant (client) has their own Minio running in their Docker containers, and they can have many different versions of Minio running simultaneously, sharing the same resources,” co-founder and CTO A.B. Periasamy told eWEEK.

“The scale of Minio (orchestration) is exactly the same as Kubernetes, for example. We’re all in the same wave (of innovation).”

Minio’s most important product features include:

Minio’s community has grown to about 125 code contributors, more than 5,000 Github stars and more than 750 members on the Gitter/Slack channel. Much of the community adoption has come from U.S. and Europe, followed by Japan. Minio is widely deployed as a Docker container, and there are more than 400,000 Docker-related downloads in the last three months alone, Periasamy said.

“If IDC predictions for 2020 were to come true, 44 Zetabytes of data has to be stored somewhere. I see a huge opportunity for open source to finally disrupt the storage industry,” Periasamy said.

Minio is available now and can be downloaded here. For more information, go here.