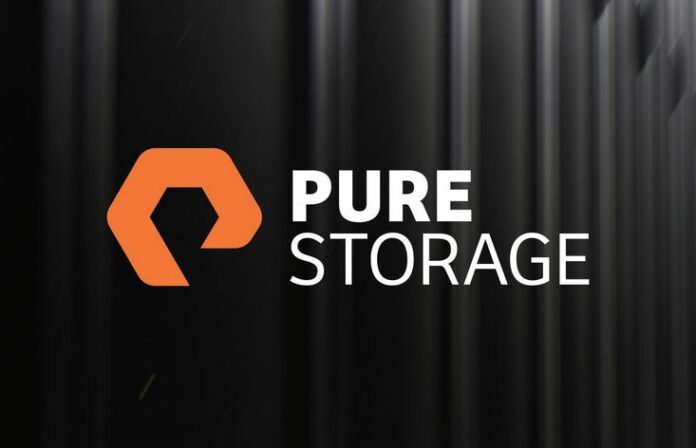 Blades in IT are known for their power and influence on the computing side. A blade server is a server chassis housing multiple thin, modular electronic circuit boards, known as server blades. Each blade is a server in its own right and is often dedicated to a single application.

Pure Storage’s FlashBlade, designed in a similar fashion, is a key part of the company’s new elastic scale-out storage system that uses all-flash media to handle multi-petabyte-scale sets of unstructured data. Together, Pure Storage FlashBlade and the equally new Pure Storage FlashArray form a complete platform for organizations to build an all-flash cloud, if they so desire.

While these petabyte-size data loads aren’t here yet for most businesses, the increasing deluge of data pouring in from smartphones, laptops, sensors and numerous other end points is becoming a problem for many to decipher and process. The faster and better that incoming unstructured data is stored, protected and subsequently made available for use, the more efficient the IT system becomes — and IT systems are now the lifeblood of 21st Century enterprises.

Data movement inside storage systems for decades was the industry’s largest stumbling block. It behooves companies to look at the big picture and think ahead about all of this. Unstructured data is expected to comprise 70 percent of most data loads in the next few years.

“The whole world of unstructured data has changed a lot over the last few years,” Matt Kixmoeller, vice president of products at Pure, told eWEEK. “The move toward big data told people about the value of analytics, and now people are wanting to analyze all that data quickly and put high-performance analytics over that expanse of big data.

“We think the time is right to bring out an all-flash solution that goes after those next-generation workloads. That’s what FlashBlade is all about.”

All-flash storage already has optimized the structured data that powers databases, applications and virtual machines. Unstructured data, both larger and growing faster, is set for a similar transformation.

While the big data trend has shown organizations the potential value that lies dormant in their large pools of unstructured data, conventional unstructured data solutions–which consist mostly of legacy network-attached storage (NAS) filers and scale-out NAS–have not kept up with customer requirements.

Those older storage components were architected for hard disks, now considered a slow media. They also have limited metadata scale, which constrains performance even when they are retrofitted with flash. The old scaling approach typically involves partitioning data to nodes, leading to data silos that cause performance bottlenecks and management frustration. FlashBlade fixes this by being big, fast and simple, Kixmoeller said.

All FlashBlade hardware and software is engineered from scratch by Pure Storage and consists of three core elements:

• Blade: The core scale-out element of FlashBlade, each blade contains compute power for data and metadata processing, raw NAND flash for storage and NV-RAM capacity for power-safe protection of writes in flight. Blades are engineered to be ultra-dense and low-power, in 8TB and 52TB capacities.

• Elasticity Scale-Out Software: Running in a distributed fashion across all blades, Elasticity is the software heart of FlashBlade. Elasticity implements a common object store in the system, storage services such as data reduction, encryption and N+2 erasure coding, scale-out protocol services such as NFS (file) and S3 (object), as well as low-level flash management and LDPC error correction. Because Elasticity is one code base across flash management, protocols, volume and storage services, all layers share a common extensible metadata engine and garbage collection for higher global system efficiency.

Target workloads for FlashBlade include:

• Born-digital science and engineering: Whether designing the next-generation chip, simulating airflow over an airplane wing, analyzing weather patterns or teaching a car how to drive itself – organizations are doing it digitally. Scientists and engineers increasingly have limitless compute cores at their disposal, but those compute cores are limited by the ability to connect to and process massive data sets. Bigger, faster data enables richer simulations, smarter models and faster discovery.

• Analytics of everything: Whether harnessing data from an increasingly-digital business, detecting and responding to threats from a security perimeter or collecting data from billions of IoT sensors spread around the world, competitiveness and security in tomorrow’s economy runs on data. That data is growing exponentially, and the tools to analyze it are getting richer and more transactional, capable of complex queries across massive data sets. The future of analytics requires a big, fast data platform that doesn’t constrain the questions or insights that are possible.

FlashBlade is now available in an early access program for select customers, with a directed availability release for production workloads planned for the second half of calendar 2016. Go here for more information.