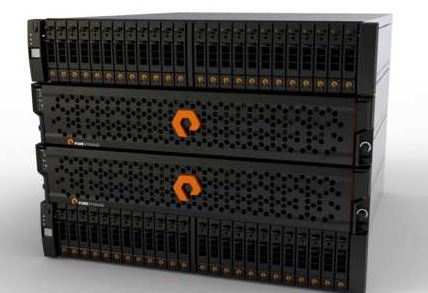 For more than two decades, the IT storage business has been built upon the idea of tiered storage, with “hot” data, backup and archiving comprising the three main levels. But it may well be that “tiered,” as well as it may work in systems now, has become a “tired” idea.

We’ll even go further than that here: Tiered storage may be obsolete before we know it.

This isn’t marketspeak or industry propaganda. The reason for this is simply the rapid performance advancement of hardware and software tech, thanks mostly to solid-state components. The lines between the tiers are melting away; sooner than we know, enterprises will be standardizing only on Tier 0 and Tier 3 active archiving, and even those will look similar in the management of new-gen storage systems.

–Tier 0 is solid-state memory-based storage that is used to improve performance beyond what current Tier 1 hot-data storage can offer. In the past, Tier 0 storage has been in the form of a RAM disk and was quite expensive; that is changing.

–Tier 1 is where most hot data (the data enterprises need to use daily) resides, and that can be contained in either flash (solid-state) or hard disk-drive hardware.

–Tier 2 is usually backup data stored on HDDs or in a cloud service;

This preponderance of unstructured data is caused by the convergence of several major factors: more data than ever is being collected and processed; widespread high-bandwidth networks; the massive number of new connected devices, including sensors and cameras; leaner, more efficient application code; and the wide availability of new on-site and cloud-based analytics apps and services to wring business meaning out of piles of data.

All the major storage providers in the business (IBM, Dell EMC, NetApp, HPE, Hitachi Data Systems) have had a flash option for several years. Newer providers, such as Pure Storage, Violin Memory, Kaminario, Tintri, Tegile, and X-10 Technologies have come into the market with their own variations on the fast data-movement power that flash and memory-based media bring to the table. The sales competition is more than fierce.

“Traditionally, unstructured data has been stored over long periods of time to keep a record, history or backup of an organization’s digital transactions,” Matt Kixmoeller, CTO of all-flash storage maker Pure Storage, told eWEEK. “But with the advent of large-scale data analytics, unstructured data has gone from IT afterthought to critical business tool.”

While these petabyte-size data loads aren’t here yet for most businesses, the increasing deluge of data pouring in from smartphones, laptops, sensors and numerous other end points is becoming a problem for many to decipher and process. The faster and better that incoming unstructured data is stored, protected and subsequently made available for use, the more efficient the IT system becomes—and IT systems are now the lifeblood of 21st century enterprises.

Data movement inside storage systems for decades was the industry’s largest stumbling block. Enterprises need to see the big picture and think ahead about all of this. Unstructured data is expected to comprise 70 percent of most data loads in the next few years.

Pure Storage separated itself from the pack in March 2016 when it introduced the industry’s first all-flash storage blade server, FlashBlade. The Mountain View, Calif.-based company has been selling it for the last six months; on Jan. 25, the company officially went to GA (general availability) status with it.

Using FlashBlade, the barrier between Tier 0 hot data and everything else behind it–except for active archiving–may have disappeared. Why have those complex tiers of data separate from the daily production system when it isn’t necessary anymore? Multi-petabyte-scale sets of unstructured data can live on-premises or in the cloud–anywhere the company desires–and still be located fast with a good storage controlling system.

This is all about storing data streams anywhere in the company data ocean and using smart search and analytics to find the correct metadata and other elements in time for whatever production project you’re doing.

Blades in IT are known for their power and influence on the computing side. A blade server is a server chassis housing multiple thin, modular electronic circuit boards, known as server blades. Each blade is a server in its own right and is often dedicated to a single application.

Gartner Research, which has analyzed the data storage market since its beginning, has been impressed with FlashBlade.

“Pure has increased customer satisfaction levels as it has scaled the business,” Gartner said. “Many competitors still cannot offer quick and seamless capacity and controller upgrades between models. Pure Storage’s culture and innovation has been able to attract high-quality personnel as it continues to expand across geographies. The new Pure Storage FlashBlade array for use with object and file applications … maintains Pure Storage’s cadence of vision and thought leadership in the SSA market.”