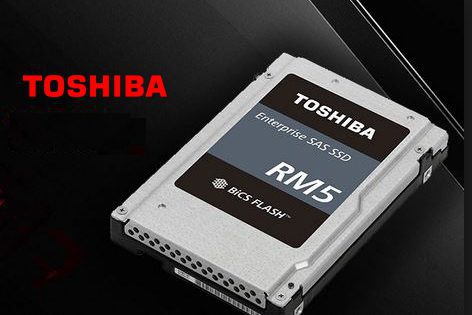 Hewlett-Packard Enterprise ProLiant server owners now have an option to double the speed of their processes with the addition of new 12Gb/s solid-state memory disks supplied by Toshiba Memory.

Since the SATA interface is performance-limited, no future advancements are planned on its roadmap. In many data-intensive environments, SSDs based on SATA have become a bottleneck to servers, preventing the CPU from performing required operations or transactions in a timely manner. This underutilization of the server’s compute capabilities can also affect the number of users that can be serviced at one time.

Because SATA was designed as a lower-cost interface for consumer-grade hard drives, its 6 gigabits per second (Gb/s) interface, half-duplex transmission, limited queue depths and restrictive protocol means that it cannot utilize the full capabilities of flash memory.

The products support bandwidth and input/output operations per second (IOPS) than SATA, including sequential reads up to 838 megabytes per second (MB/s), sequential writes up to 650MB/s, random reads up to 150,000 IOPS, and random writes up to 50,000 IOPS. Compared to typical enterprise SATA SSDs, the RM5 Series is about 2x faster under mixed read/write workloads, Toshiba claimed.

Providing high data security and reliability, the RM5 Series offers full FIPS 140-2 Level 2 certification and supports various levels of security features including Self-Encrypting Drive (SED) and Sanitize Instant Erase (SIE) configurations. These value SAS SSDs are directly compatible with most sockets that SATA SSDs are used in today, making them especially valuable to enable hardware-based RAID configurations. Since the majority of ProLiant servers include a SAS host bus adapter (HBA) or RAID card, SAS and SATA SSDs can be used in the same drive bay, making it a seamless performance upgrade.

The RM5 Series of value SAS SSDs is now available in HPE ProLiant servers and is priced to compete with enterprise SATA SSDs–at a lower cost than mainstream SAS SSDs. For more information regarding pricing and availability, go here.