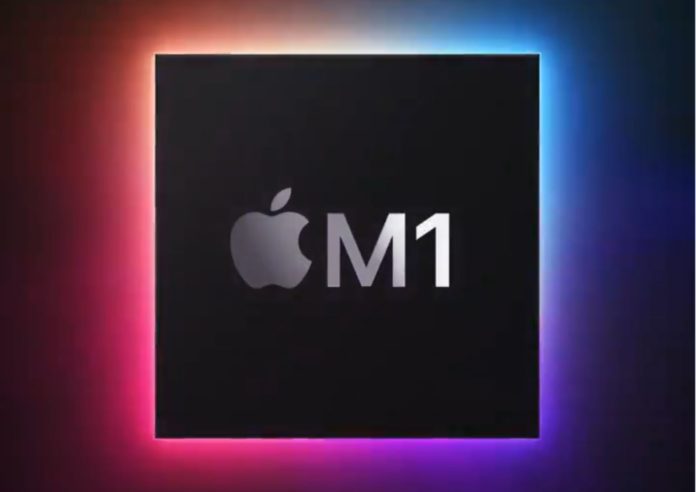 Apple is historically very hard on subcontractors, often dictating the price they will buy a product. This approach works with smaller firms but didn’t work well with Intel or Qualcomm, and after some creative attempts to drive down component prices, Apple has now decided to build its own SoC.

This SoC, or System on Chip, is an exciting part of the equation because, as Microsoft did with its HoloLens, Apple has also added an AI accelerator. At the launch, Apple made some impressive claims about performance. But as with all platform pivots, the devil will be in the details. Some of these details we don’t yet know.

We don’t do these platforms often because they get more complicated; the more extensive the installed base and the larger the application portfolio you have. Microsoft tried a platform pivot when they ported Windows to ARM for their Smartphones. They started with few apps and a small installed base, and yet the pivot arguably failed. They have since returned to a multi-processor strategy using ARM, where it makes the most sense (in solution tuned for connectivity called the Always Connected PC), which has had moderate success. Still, it took first doing this wrong to get it right finally.

This move to ARM for PCs is Apple’s second big pivot; the first was pivoting to x86 from PowerPC, which eventually damaged both IBM and Intel (I wonder why firms do business with Apple, given their abusive history). Now with their M1 part, they are going to try to go it alone. Let’s drill through all the BS and see what’s really there to discover.

Apple’s opening claim with their M1 SoC is that it results in a platform that is faster than 98% of laptops. A number of us are having issues with this claim, really a lot of us. It could be accurate if you don’t measure actual work and use some for the artificial benchmark. There have been several processors–Transmeta comes to mind–that could, on an artificial benchmark, outperform x86. The problem has always been the existing code base; it doesn’t run natively on the part. Once you apply virtualization or emulation, performance drops. If the application calls features or capabilities that x86 parts have, and ARM doesn’t, you’ll likely see a crash or additional performance degradation.

Besides, if the part were good with existing code, why not transition the entire product line? Why leave the more performance-oriented products on x86? A split migration like this means that the ARM-based laptops will have compatibility and reliability problems, while the x86 products will have a relatively short service life. When Apple migrated from PowerPC, it only supported the older platform for three years, when the more common service life now between four and five years.

Now that doesn’t mean the product will suck; Apple does own its ecosystem. They can get the platform to work, but maintaining two codebases for a relatively small market share will be expensive and painful. And things like broad application support, driver and peripheral support (particularly for older peripherals) and reliability will undoubtedly initially be problem areas.

ARM does have advantages in terms of battery life. On the Windows side, it does come with Qualcomm’s superior connectivity solution. Still, there also may be issues because Apple isn’t just divorcing itself from Intel; it is divorcing itself from Qualcomm as well. We’ll know better just how painful this will be when products get into the hands of reviewers.

Right now, the writing is on the wall that, if you are on a Mac, you’ll need to migrate to this new M1 platform. But you don’t need to do that now. X86 support will continue if they follow their aging process, three years. Keep your existing Mac until you are sure the applications you need to work will run natively on the new platform and not in emulation unless they are Windows apps. In that case, you’ll want to ensure that the new platform can run those apps, either virtualized or under emulation. Or another option is to run them in the cloud, which is a lot easier now that most of us are stuck at home and on Wi-Fi.

There is an old saying that “Prospectors get the arrows, and settlers get the land.” Nothing is making you migrate immediately to a new laptop, and you can buy decent used Macs if yours has broken. When you move to the ARM product, it will be a more mature offering, and your apps will move with you, potentially eliminating what could be a very aggravating experience.

Do remember Apple employs a lock-in strategy, so you don’t get a ton of choice. With Lock-In, the vendor doesn’t have to price competitively and can more easily lift prices to increase margins. This strategy drives vendors to cheapen products while increasing prices until their customer base revolts.  In effect, it layers on an Apple tax where you pay a premium to be part of the club. The M1 part should be substantially less expensive than the Intel x86 part it replaces, and Apple has priced their offering between $100-$400 more than the comparable ARM-based Windows laptops.

It may very well be worth it to pay the extra money, but you should at least be aware that you are doing it.  One obvious option, given you, are likely working at home anyway, is to buy the Mac mini, which at $699 won’t hurt nearly as much as either laptop. Why pay for portability you are likely not going to need until July of 2021 (another reason to wait a while, so you know you’ll be using the extra battery life).

I do think Apple will eventually get this ARM pivot done and that the result will be impressive. Whether it will be competitive or not, well probably not, but that’s often been the case with Apple products which sell more on status than performance. With many, we worried about our jobs, covering rent, and juggling work, and homeschooling for our kids. We don’t need more aggravations.

With any tool you buy when your need demands it, no one was demanding an ARM-based MacBook, this move was made to increase Apple’s margins, and while that is great for investors, users may find this tradeoff less than ideal, at least initially. Hold off on this platform until your need for a more portable product is again pronounced and give the ecosystem time, particularly the developers of the apps you need to use, more time to come to terms with it.

Apple has made some pretty bold claims; I’d suggest waiting until those claims are proven before spending your hard-earned cash on this new platform. Remember, it generally takes Apple 3 times to get a new product right, and these new M1 laptops are brand new.