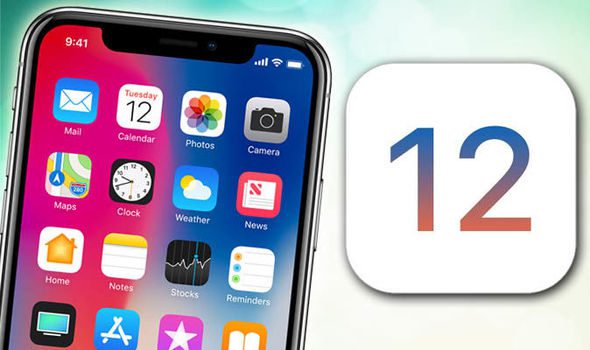 As you would expect with an update to Apple’s iOS, there are some cool new features to try out on your iPhone or iPad. But the big news about iOS 12 is elsewhere. Unlike previous releases where older products bogged down and instability rose, the new version of Apple’s mobile operating system is intended to make things work faster, improve stability and improve security.

This may not sound as sexy as the flashy new features that typically come down the pike from Apple, and it’s not. But because of that, this update to iOS is more important than some previous updates. This is especially true in the enterprise, where this update will have a positive impact on device life cycle and on your management of these devices.

The performance improvements that come with iOS 12 are significant. When Apple started working on this version of iOS, one of the goals was to make its devices last as long as possible, and to do that, the company had to perform in a way that made the devices still useful as they aged. So unlike previous versions of iOS that always seemed to slow down older devices, now they’ll speed up. Users of older iOS devices who I called report that the improvement is noticeable and appreciated.

Because of the performance improvement, managers won’t be under as much pressure to replace devices while they’re still usable. Over time, this saves money and makes management simpler. Plus, the security improvements will help longevity as well.

Once the password manager has its store of passwords, it can autofill password requests in apps or on web pages. It will also share network passwords with nearby iOS devices. The password autofill can be authenticated by FaceID or TouchID.

Two-factor authentication is also getting a boost. iOS 12 will detect an authentication code sent via SMS text message or via an app and automatically fill it in. This will make 2FA significantly less onerous and probably improve adoption.

USB Restricted Mode continues in iOS 12 after having been added at the end of the iOS 11 upgrade cycle. This prevents USB accessories from accessing your device. After a set period of time, the Lightning port on your device will only serve to charge your device. Devices such as Graykeys, which has been widely used by law enforcement to access iOS devices, will no longer work if Restricted Mode is enabled. However, this is an optional feature, so users will have to opt in.

Apple has released a new version of its iOS Security Guide, which covers the security capabilities of iOS 12 in detail. In addition, Apple has added automatic iOS updates, which will perform the download and update process overnight while the device is locked, plugged in and has WiFi connected.

Of course, there are some nice features that you may find useful, such as Apple’s new Measure app, which provides a practical application of augmented reality. With the app, you can use an on-screen tool to measure an object by pointing the camera at it and pressing a button. It provides a nice approximation of the size of an object, although it’s not as accurate as a tape measure.

The Safari web browser now prevents websites from fingerprinting your devices in addition to preventing the loss of identity data, and it disables tracking code built into buttons on websites. Device fingerprinting has been used to identify users, even when they thought they had prevented tracking.

While there are a few recreational features that you’re likely to enjoy, the real focus of iOS 12 appears to be in making the OS much more useful and in improving the functionality and stability of hardware you already have. For example, the iOS update to the iPad adds features such as gesture control similar to what’s used on the iPhone X, so you can swipe down from the upper right corner to see the Control Panel or swipe up from the bottom to see all of the apps you’ve run recently, so you can switch to them.

Apple appears to have delivered on its promise of making iOS better, and in addition, it put its effort into features that make your devices more useful and more secure. At first, it looks like a boring update, but after working with it, it is really a must-have. This is one of those times when it doesn’t pay to wait before you move to the next version of iOS. Instead, it will pay dividends to make the move as soon as you can.