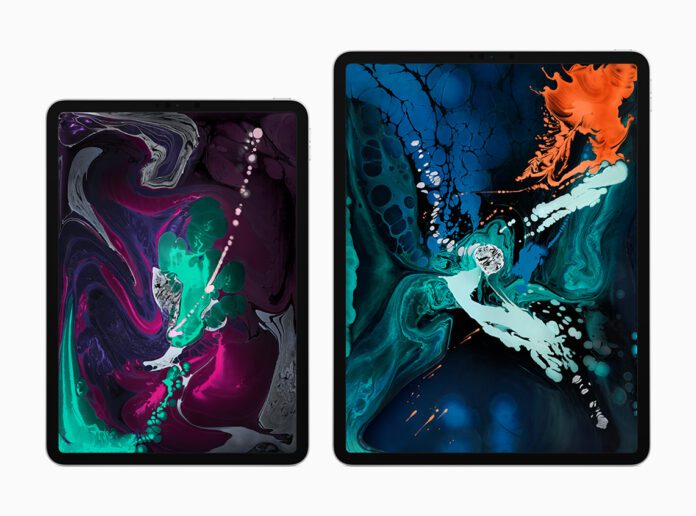 In one fell swoop, Apple delivered nearly everything observers had been hoping for and what Apple fans had been wishing for in the new iPad Pro. The result is a pair of business tablets with no space wasted on bezels or buttons. Accompanying the new iPad Pros are a new version of the Apple Pencil and a new keyboard. All of these are welcome additions.

The most obvious change is the edge-to-edge screen on each model. For the 12.9-inch iPad Pro, the result is a device that is almost exactly the same size as an 8.5-by-11-inch sheet of paper. The smaller version of the iPad Pro is now an 11-inch device, which leaves the overall size of that iPad the same as its 9.7-inch predecessors.

The screen on each iPad stretches to within 3/8 inch of the edge, leaving a black band around the periphery, but leaving the screen otherwise free of home buttons, Touch ID sensors or camera notches. These iPads are 0.01 inches thinner than the earlier models, but you won’t be able to tell the difference when you hold them.

Apple was able to eliminate the Touch ID sensor on the iPad Pros because it implemented Face ID on these tablets. It works the same way as on the iPhone X series, but the iPad can be oriented in portrait or landscape modes, including upside down. The gestures that you use to control the iPad Pro are similar to those on the iPhone X, except that swiping up or down is relative. Up or down is considered to be whatever part of the tablet happens to be on the bottom or on the top at the moment.

Liquid Retina Display a Plus

The iPad Pro models are nearly identical with the exception of screen size. Both have 264 pixels per inch resolution, but because of the larger screen, the 12.9-inch Pro has a 2,732-by-2,048-pixel screen versus 2,388 by 1,668 on the 11-inch iPad Pro. Both feature what Apple calls its Liquid Retina display, which is quite nice.

Processing power on these iPads comes from a 64-bit Bionic A12X processor with a neural engine and an embedded M12 processor. This processor allows the iPad Pro to outperform the Mac Mini we reviewed last week.

In our tests, the iPad Pro, which was delivered in a basic configuration, produced an average Geekbench 4 single-core score of 5007 and a multi-core score of 18127. This is equivalent to the scores for a Lenovo workstation that’s currently being tested. The iPad Pro compute score was 43007, which is twice as fast as the HP Z620 workstation we upgraded last summer. This is superb performance.

Apple included two important accessories with the iPad Pro that the company sent for review, and the iPad Pro itself includes the potential for more. The new version of the Apple Pencil fixes two problems with the last version, with new capabilities for managing the device. Now, you just need to set the pencil along a magnetic edge of the iPad, and the pencil sticks there. While it’s there, the Apple Pencil will recharge wirelessly.

The Pencil has some added functionality. A double-tap on the side of the Pencil near the tip will change the nature of the lines it’s drawing or change it into an eraser for lines you’ve already drawn.

Apple’s new Smart Keyboard Folio has improved typing feel when compared to the keyboard on previous iPad Pro models. The new version allows adjustable angles to the screen, and it attaches to the back of the iPad magnetically.

Apple sells a series of Thunderbolt 3 and USB-C adapters for the iPad, but for this test we used a third-party adapter we found on Amazon. It’s the same adapter that was used in the review of the Mac Mini, which should give you some ideas of ways you can use accessories for both computers. However, I did not test other such devices with the iPad.

May Be Best Business Tablet Yet

There’s no question that these are the best iPads ever, and they may well be the best business tablets yet, although we haven’t performed exhaustive tests there. While Apple suggests the iPad Pro as a laptop replacement, that depends on how you’re using a laptop. As good as the keyboard is, I wouldn’t want one for writing my next book, but it’s plenty good enough for most less-intense uses.

Overall, the new iPad Pros are well worth the money, which is $799 for the base 11-inch model and $999 for the 12.9-inch version. If you’re already using iPad Pros in your enterprise, you’ll probably get demands from your users to upgrade. They are smart users.