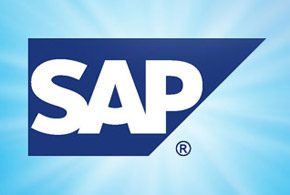 SAP Data Hub, a new enterprise data management, integration and governance offering, made its official debut on Sept. 25 during a media and partner event at the business software maker’s perch high above the gleaming new Hudson Yards complex in New York City.

Echoing the vast diversity of people and landmarks that can be spied from the top of the skyscraper housing SAP, the product makes information stored in data warehouses and across a variety of other data sources more readily accessible to businesses and developers seeking to draw value from it in the form of advanced analytics and other applications.

On stage, McStravick said that SAP Data Hub enables the sharing of enterprise data across an organization, with the added “orchestration, monitoring and governance of the data while you’re leaving the data where it resides.” It’s a capability he went on to describe as a “fundamental value proposition of the Data Hub.”

McStravick acknowledged during his address that the use of the term “hub” in SAP Data Hub may conjure thoughts of collecting data from disparate systems and cloud services into one centralized location. “The vision for Data Hub is exactly the opposite,” stressed the SAP executive. “We will leave data where it resides and use the Hub as the governance tool, the sharing pipeline tool for data management.”

In addition to establishing and managing pipelines between data sources, SAP Data Hub allows customers to use their existing big data processing investments in SAP HANA, SAP Vora, Apache Hadoop or Apache Spark. It distributes computational tasks to those environments, where the data already resides, allowing for faster results, according to the company.

It’s been a busy week for the German business software giant.

Also on Sept. 25, the company announced it is acquiring Gigya for an undisclosed amount, although one published report pegs the deal’s value at $350 million. The customer identity and access management specialist and SAP Hybris partner creates software that helps businesses build lasting relationships with customers.

During the company’s TechEd conference in Las Vegas, the company made several new announcements on Sept. 26, including a new S/4HANA Cloud SDK (software development kit).

SAP claims that the SDK will enable developers to build apps based on its in-memory enterprise resource management technology with a 75-percent reduction in development timelines and at cost savings of 40 to 50 percent. Also unveiled were new analytics offerings, including the 2.0 release of SAP Lumira, a data visualization platform that now features improved support for SAP BusinessObjects Business Intelligence and SAP Business Warehouse.