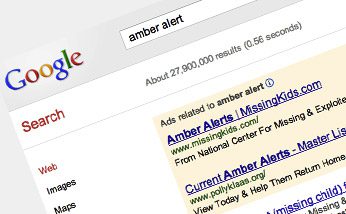 Google’s Play Store is getting some competition from the owners of Russia’s Yandex Internet search engine in the race to sell apps to mobile phone carriers and device makers.

The new Yandex Store is being populated with apps to specifically challenge Google Play as a source for device makers and carriers to find apps to place on their phones before they are purchased by consumers, according to a Feb. 25 report by Bloomberg News.

“We have great search and maps with traffic jams, and by adding Yandex.Store we can offer the entire ecosystem to a phone maker,” Alexander Zverev, head of Yandex.Store, told Bloomberg. “We also offer operators using our store under their own brand name, which is impossible with Google Play.”

The apps in the Yandex.Store are already being used by Russian mobile operator OAO MegaFon and by device maker Oppo Electronics, according to Bloomberg. The app store, which will be accessible on Android devices in Russia and other nations chosen by Yandex, will be officially debuted at the Mobile World Congress (Feb. 25 to 28) in Barcelona, Spain.

Google Play, which was created in March 2012 to combine what until then were separate sites where Android lovers could buy their favorite apps, music and e-books, has been a huge hit. Before Google Play, users had to shop through the individual Android Market, Google Music and the Google e-Bookstore sites.

So why is Yandex making a move into the Android app space? That’s easy—Android has captured the largest part of the global mobile phone market and it’s continuing to grow.

Those figures show remarkable progress for the four-year-old Android OS against competition that includes the still-strong popularity of Apple iOS, a drastically smaller BlackBerry market, Microsoft’s multiple Windows Phone efforts and the rest of a straggling field.

Meanwhile, Apple’s iOS continues to lead the United States in overall market share, according to figures from consumer market research firm Kantar Worldpanel ComTech. The iOS operating system held 53.3 percent of the U.S. market for the 12-week period ending Nov. 25, 2012, marking the first time the platform has surpassed a 50 percent sales share of the American smartphone market. That contrasted with a decline in U.S. market share by Android, which dropped 10.9 percent in the period, to end up at a 41.9 percent. Microsoft’s Windows mobile operating system came in third place in the U.S. market, with a 2.7 percent share for the period.

The U.S. market for feature-rich smartphones is still expanding at a rapid clip, with two-thirds of new mobile phone buyers opting for devices that can do far more than their old-style flip phones, according to a study from Nielsen released last summer.

The Yandex numbers are particularly interesting because they showed the Russian search engine leading Bing for the second month in a row, according to ComScore’s figures. The first time that happened was in November 2012, when Yandex jumped into fourth place on the search rankings over Bing.com, which is now in fifth place on the list.

Yandex is the leading search engine in Russia, employed by more than 60 percent of users, according to the latest figures from the Website LiveInternet.ru.