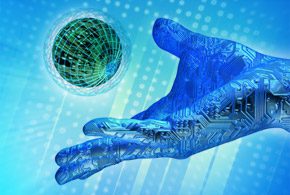 AI for Earth, a program that offers access to Microsoft’s artificial intelligence (AI) technologies and cloud resources to researchers and organizations that are addressing environmental challenges, is now turning its attention to the world’s oceans.

When AI for Earth was first announced in July, its focus was on agriculture, biodiversity, climate change and water scarcity. Now a different sort of water management, that of the oceans, is in the company’s crosshairs.

The new AI for Earth European Union Oceans Award provides cloud computing resources to researchers focused on oceans and problems affecting them, which may include pollution, rising sea levels and increasing ocean acidity.

“Covering nearly 70 percent of the Earth’s surface, oceans play an outsized role in the health of our planet,” said Lucas Joppa, chief environmental scientist at Microsoft, in an Oct. 6 announcement. “They generate much of the oxygen we breathe, provide food and livelihoods for billions of people around the world, and support a vast and incredible array of species, many of which have not yet been discovered or described.”

Microsoft is accepting proposals until Dec. 15. To date, AI for Earth has awarded $235,000 worth of Azure cloud resources to 20 applicants across 10 countries, said Joppa.

On the renewable energy front, Microsoft announced on Oct. 9 that it has partnered with GE on a new 37-megawatt wind energy project in Tullahennel, Ireland.

“There is a growing demand for Microsoft Cloud services delivered from Ireland, and that requires us to take steps to make sure we have all the necessary resources in place now, and into the future, to meet that need,” wrote Christian Belady, general manager of Infrastructure and Operations, and Brian Janous, general manager of Energy at Microsoft, in a jointly-authored blog post. “This deal will add more capacity to the Irish grid and help ensure that our local datacenters are using more renewable energy to power their operations as we grow.”

The project will also be the first in Europe to integrate energy storage on each turbine, the Microsoft executives said. Batteries placed in the turbines will store excess power on blustery days and discharge electricity directly into the power grid when the winds are still or there is a spike in demand. ElectroRoute, an energy trading company from Dublin, will handle the transfer of electricity to the grid.

It’s not the first time Microsoft has worked on modernizing existing power grinds.

In May, the company announced it had teamed with Norwegian power producer Agder Energi on an autonomous smart grid project. The system uses cloud computing, Internet of Things (IoT) technologies, machine learning and big data analytics to deal with the rapid growth of renewable energy sources.

In Australia, Microsoft partnered with Evergen on a system that uses machine learning and AI to help consumers get the best deal on their energy bills. Using the Azure cloud computing platform and connected sensors, Steffes Corporation and Mesh Systems are turning water heaters in into a giant battery, of sorts, that stores excess energy and helps balance the grid in Hawaii.