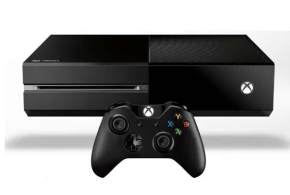 App stores are all the rage, and Microsoft is reportedly interested in bringing the software self-publishing model to its upcoming Xbox One console. First, the company will make moves to dismantle a restrictive policy that kept some independent game developers from offering their wares on its predecessor, the Xbox 360.

Currently, independent studios must contract with a publishing partner for digital distribution over Xbox Live Arcade. Then, their games are subject to a months-long quality assurance and certification process. In an era of rapid app development, Microsoft’s policies have proved unpopular with some studios.

As the Xbox One’s release date approaches, Microsoft is signaling that it is changing course.

GameInformer’s Mike Futter reported on July 24 that Redmond is taking a cue from its rival at Cupertino—Apple. “The company will use a model similar to iTunes and is targeting a 14-day turnaround,” wrote Futter. “Instead of extensive code checking, the company will be looking for terms of service violations and significant bugs.”

Additionally, Microsoft is readying new functionality that will enable off-the-shelf Xbox One systems to act as debug units that are capable of running prerelease code. The revamped publishing program is also expected to support beta tests of up to 25,000 users.

Hinting at opportunities beyond just games, Xbox Chief Product Officer Marc Whitten confirmed that independent publishing on the Xbox One will be radically different.

“Our vision is that every person can be a creator. That every Xbox One can be used for development. That every game and experience can take advantage of all of the features of Xbox One and Xbox LIVE,” Whitten is quoted as saying. “This means self-publishing. This means Kinect, the cloud, achievements.”

Whitten expects his company to release more details during the Gamescom conference, which will take place in Cologne, Germany, in August. He did admit that the development kit functionality won’t be switched on in time for the Xbox One launch in November.

The Microsoft executive indicated that the changes have been in the works for a while, countering the perception that the move is a reaction to Sony’s supportive stance on indie games for its PlayStation 4 console. Apart from sporting a lower price tag, slightly better specs and a more hands-off approach to digital rights management (DRM) than the Xbox One, PlayStation 4 won over industry watchers at this year’s E3 games conference when Sony announced that independent studios could self-publish on the platform.

The Xbox One hits store shelves in November. Since E3, Microsoft has reversed its DRM policies following intense media scrutiny and a torrent of consumer feedback.