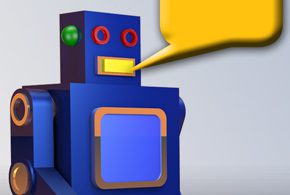 Microsoft is giving social chatbots another try several months after the company was forced to pull the plug on an earlier effort called Tay.

Like Tay, Zo is powered by the company’s artificial intelligence (AI) and machine learning technologies to deliver conversational experiences. Unlike Tay, Microsoft appears to be taking a more cautious approach to launching this chatbot.

Whereas Tay was set loose on Twitter, Snapchat, GroupMe and Kik in the U.S., Zo is currently only available on Kik, a bot-friendly chat platform. According to MSPoweruser, Zo appears to be based on the Xiaoice chatbot developed for China by Microsoft.

Zo is also keeping its guard up.

Discovered by Twitter user Tom Hounsell, Microsoft’s latest chatbot isn’t as easily tricked into making objectionable comments as its predecessor. On March 24, the day after launching Tay, Microsoft shut down the youth-oriented chatbot. Tay was meant to mimic a fun-loving young woman and conduct playful conversations. Instead, users pounced on quirks of Tay’s AI-enabled technology to goad the chatbot into spewing racially and politically charged tweets.

“Unfortunately, within the first 24 hours of coming online, we became aware of a coordinated effort by some users to abuse Tay’s commenting skills to have Tay respond in inappropriate ways. As a result, we have taken Tay offline and are making adjustments,” a Microsoft spokesperson told eWEEK at the time.

Seemingly learning its lesson, Microsoft has imbued Zo with a more cautious demeanor.

For example, when prodded to discuss politics, MSPoweruser noticed that Zo will reply “people can say some awful things when talking politics so I don’t discuss.” Zo is similarly reluctant to engage when confronted with other NSFW (not safe for work) language and topics.

Kik users can take Zo for a spin by visiting this website and requesting an invite from Microsoft.

Outside of Microsoft, the industry is banking on chatbots to help improve enterprise collaboration and even help retailers drum up more sales from millennials. In July, Cisco Systems revealed it had teamed with Gupshup to help bring chatbot capabilities to the networking giant’s Spark unified communications platform.

“Chatbots are quickly transforming the way we use computers, providing a simpler, easier and conversational interface to advanced services,” said Beerud Sheth, CEO of Gupship, in a statement. “Working with Cisco has made it possible for us to expose the enterprise to bots, which will soon transform virtually every business workflow.”

Last month, customer engagement software specialist [24]7 released a survey revealing that millennials are helping to drive the adoption of messaging apps and chatbots in retail. Nearly 40 percent of millennials would consider interacting with a company using a messaging app. Nine percent prefer to interact with a bot rather than a human.