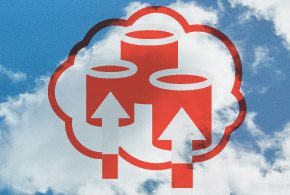 Microsoft is lowering the cost of using its high-performance unlimited container option in the Azure Cosmos DB service.

Until now, a 2,500 request unit (RU) minimum was required to provision an unlimited container, which is capable of handling larger workloads. A request unit describes the measure of throughput in Cosmos DB and is considered the “currency” of the service.

As of Dec. 15, Microsoft has lowered that requirement, making it 60 percent less expensive to get started with unlimited containers.

“Instead of provisioning 2,500 RU/sec as a minimum, you can now provision an unlimited collection at 1,000 RU/sec and scale in increments of 100 RU/sec,” stated Rimma Nehme group program manager at Azure Cosmos DB and Open Source Software Analytics, at Microsoft in a Dec. 19 announcement. “Unlimited containers (collections) enable you to dynamically scale your provisioning from as low as 1,000 RU/sec to millions of RU/sec with no limit on storage consumption.”

Customers with massive performance requirements can also now configure Cosmos DB without involving Microsoft’s technicians. Users can provision containers with up to 1 million RU/sec without submitting a support request, giving them the flexibility to scale their workloads when demand fluctuates, Nehme said.

Microsoft isn’t the only database provider with lofty cloud ambitions.

In October, Oracle introduced its Autonomous Database Cloud that uses machine learning to eliminate manual tuning and other tasks that can introduce human error.

“These systems are highly, highly automated—this means we do everything we can to avoid human intervention,” said Oracle CTO and co-founder Larry Ellison, during his Oracle OpenWorld 2017 keynote. “This is the most important thing we’ve done in a long, long time. The automation does everything.”

The managed NoSQL database service, which is “optimized for app development,” according to Google, automatically synchronizes data between devices, enabling coders to build collaborative applications and other solutions that depend on real-time data transfers.

It also features a familiar data model, consisting of collections and documents, to structure data and run queries. Despite these innovations, Cloud Firestore is not necessarily a drop-in replacement for the company’s existing Firebase Realtime Database service, cautioned Google. A comparison between the two offerings is available in this blog.