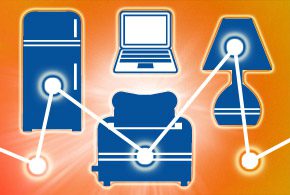 Microsoft’s wants businesses to float their Internet of things (IoT) projects on the company’s cloud.

Azure IoT Hub, a cloud services suite for connecting and managing sensors, smart electronics and other IoT devices, is now generally available. And judging by remarks from Sam George, partner director for Microsoft Azure IoT, the company anticipates that enterprises will be launching their own massive IoT projects before long.

“Azure IoT Hub provides an easy and secure way to connect, provision and manage billions of IoT devices sending and receiving trillions of messages per month,” stated the Microsoft executive in a Feb. 3 statement. As lofty as those figures sound, they pale in comparison to the economic opportunity that awaits IT vendors.

According to a recent forecast from IDC, IoT spending will reach $1.3 trillion in 2019, nearly double the $689.6 billion the IT analyst firm estimates was spent in 2015. In November, Gartner analysts said they expect the number of IoT devices in use worldwide to reach 6.4 billion in 2016, with 5.5 million new things coming online each day. As they seek to improve traffic, safety and the quality of municipal services, smart cities alone will drive demand for 1.6 billion connected things this year.

Microsoft, with the help of its growing cloud computing platform, is not only positioning itself as a link between IoT devices and an organization’s back-end systems, but also as a provider of advanced management and analytics services.

“IoT Hub enables secure, reliable two-way communication—from device to cloud and cloud to device—over open protocols such as MQTT, HTTPS and AMQPS that are already widely used in IoT,” George said. Naturally, the offering hooks into other Azure cloud services, “such as Azure Machine Learning to find deep insights that power IoT businesses, and Azure Stream Analytics to act on those insights in real time by simultaneously monitoring millions of devices and taking action.”

For organizations wanting to get up and running quickly, IoT Hub integrates with Azure IoT Suite, a set of preconfigured cloud services, noted George. “Announced September 2015, the Azure IoT Suite enables customers to quickly provision a working, end-to-end IoT solution that includes IoT Hub as well as other Azure Services—and even includes simulated devices so customers can see the solution working right away.”

Customers looking for IoT-ready hardware and software that play well with Microsoft’s cloud-based solutions have a growing number of vendors to choose from, added George.

The company’s Microsoft Azure Certified for IoT partner program has gained two major new supporters, namely Dell and Hewlett Packard Enterprise, along with embedded IoT gateway provider Advantech and sensor network specialist Libelium. They join a bevy of other partners, including Arduino, Freescale, Intel, Samsung and Texas Instruments, among others. “Each of these partners brings their own unique perspective and value proposition to the IoT landscape, and we’re thrilled to announce such widespread industry involvement in Azure Certified for IoT,” stated George.