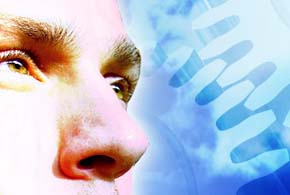 As the Xbox One’s Nov. 22 launch date nears, Microsoft is showing off more of the hardware’s capabilities, which now includes support for the company’s cloud storage platform, SkyDrive.

The SkyDrive app for Xbox One integrates with OneGuide, a personalized interface that provides users with access to games, TV, videos and streaming options. SkyDrive program manager Dan Somrack explained in a Nov. 11 blog post that the app helps create a personal cloud, of sorts, automatically adding “your Pictures folder and the Camera Roll as channels for quick access, but you can also add any folder from the SkyDrive app into the list of app channels.”

Selecting a photo takes users “directly into a slide show of the picture and the rest of the album,” he added.

Owners shouldn’t expect to peruse Office files or other documents from the comfort of their couches. SkyDrive for Xbox One is strictly for photos and videos, indicated Jeff Henshaw, head of the Xbox Platform incubation and prototyping team.

In an accompanying video, Henshaw said that his team “focused on making a really beautiful, simple experience.” He added that “SkyDrive on Xbox One automatically filters out just your photos and videos, the things that are going to look great on your television and gives you beautiful slide shows of both of those.”

SkyDrive can also act as a bridge between mobile devices and the living room, said Henshaw. “You can even have your Windows Phone set to automatically upload every photo that you snap with your phone without you having to do anything. And that way, you have a live camera roll always available on your SkyDrive.” Shutterbugs can come home at the end of the day, sit down on the couch and review their photos without “having to manage files at all,” he said.

The default slide show handles transitions by using “the Ken Burns effect.” The app keeps the visuals fluid by downloading 1080P thumbnails. Using the Xbox controller, viewers can opt to zoom in on the full-sized images. Shared albums are automatically updated when their owners add images. In keeping with the device’s voice-enabled capabilities, users can access the app by uttering “Xbox: Go to SkyDrive” at the Kinect sensor.

SkyDrive joins a growing list of apps that support Microsoft’s vision of an all-in-one entertainment box for the living room.

The software giant revealed that 19 TV and entertainment apps are expected to arrive on Xbox One during the launch window (between Fri., Nov. 22, and spring 2014). They include some big names in online streaming like Netflix, Amazon Instant Video and Hulu Plus, along with specialty providers like Machinima and TED.

Microsoft is also fashioning the Xbox One into a communications hub.

Much like it did for Windows 8.1, Microsoft is bundling a Skype app with the new hardware. “With Xbox One, we’re making big strides toward reaching our vision of making the living room even more of what it has been—a place for people to connect. This is just the beginning for Skype for Xbox One,” stated Karen Tong, a Skype senior marketing manager.