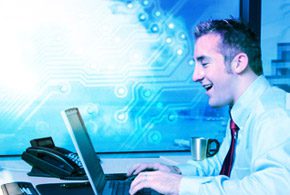 For nearly three and a half months, Microsoft has been rolling out its Skype Translator technology to millions of Windows users. This week, the company crossed the finish line.

“This takes Skype one step closer to our mission of empowering people to do more, even across languages,” stated Microsoft in a Jan. 13 announcement on the company’s Website. “We hope that our customers can achieve their goals through relationships that would have previously been impossible.”

Users can verify that their Skype clients support the Translator tech by the appearance of a new globe icon. “If your Skype for Windows app does not have a globe, please ensure that your app is updated to date by downloading the latest version,” instructed Microsoft.

Since releasing a preview version of the technology in late 2015, Microsoft has amassed some adoption statistics, providing a glimpse into how well the technology is breaking down language barriers.

Internationally, the most popular Skype Translator calling corridor flows from Germany to Ghana, where the official language is English. In terms of language pairings, French to English is the most used. Finally, Skype is handling 400 percent more calls now than when Translator was first launched.

Also this week, Microsoft announced a beta of a new Skype integration for Slack, the popular team-focused communications app.

Featuring a Twitter-like newsfeed, team members can trade messages in dedicated channels, though direct messages are also supported. Now, users can add Skype video and voice calls to the mix.

“Once the Skype integration has been configured, anyone on the Slack team can start a Skype call from a computer,” blogged the Microsoft Skype team. “Just type ‘/skype’ into the chat and when the call is set up, a join link will appear.” The feature works across the Slack Web client, as well as apps for iOS, Android, Mac and, of course, Windows.

“To join a Skype call, all you need on the desktop is a web browser, or you can get the Skype mobile apps to join from your smartphone,” added Microsoft. “Anyone can join as a guest from a computer, or sign in with a Microsoft account or Skype Name.”

All told, it’s been a busy couple of days for Microsoft’s Skype division.

Earlier this week, the software maker brought its Skype group video calling feature to its free consumer mobile apps for iOS, Android and Windows 10 Mobile. Microsoft also added the ability to schedule Skype calls on the Outlook apps for iOS and Android. On the enterprise front, the company announced it had snapped up technology from Event Zero, an Australian company specializing in enterprise communications management software, for a more administrator-friendly Skype for Business experience.