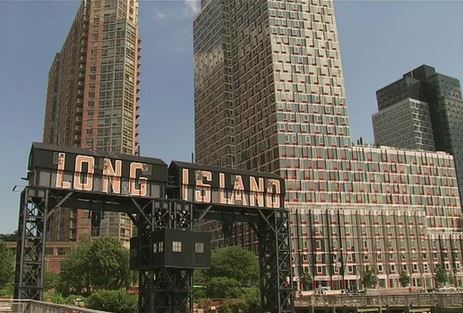 After 10 months of pondering its short list, Amazon has announced that it’s choosing two locations for its long-anticipated HQ2. Originally, the company had launched a competition for a single location outside of Seattle where it would build a new headquarters. That has changed, because the company now says it will build those locations in Crystal City, Va., and Long Island City, N.Y.

Those were two locations that eWEEK pointed out back on Jan. 18 as Amazon announced its short list of cities that would get serious consideration. Amazon’s primary reasons for choosing two locations rather than one, as originally promised, have to do with hiring. The company said in a blog entry on the topic that finding qualified employees would be significantly easier if it looked for 25,000 in each place rather than 50,000 in either of the two locations.

Each of these two locations is adjacent to a major iconic city, which will probably help attract talent as well. The Long Island City location is directly across the East River from Manhattan. Amazon’s announcement refers to its excellent transportation infrastructure, including subway lines and commuter rail.

The Crystal City, Va., location is across the Potomac River from Washington, D.C. What’s important to Amazon is that it’s also within walking distance from three Metro stations, a commuter rail station and Ronald Reagan Washington National Airport. Amazon prides itself in the percentage of its employees that walk or use public transit to get to work in Seattle, and clearly this was a major consideration in choosing the two East Coast locations.

The Virginia location will allow Amazon to occupy an area that until recently was being used by the Defense Department. Those offices are now vacant because those employees were moved to nearby Fort Belvoir in Alexandria, Va. While some of the former DoD offices are outdated and will require renovation, others are closer to being ready for occupancy.

Some Opposition From New Yorkers

Each of the communities where Amazon is locating stand to gain a substantial number of high-paying jobs. However, the reception to the move to the New York location has been mixed. Community leaders in New York have announced strong opposition to the Amazon headquarters because of the incentives offered by the state. Newly elected Rep. Alexandria Ocasio-Cortez, D-N.Y., said in a tweet that her community is outraged.

In Virginia, meanwhile, Amazon is receiving a warm welcome. The new headquarters will fill the vacancy left by the government in addition to a lot of now-empty office buildings. “This is a big win for Virginia—I’m proud Amazon recognizes the tremendous assets the Commonwealth has to offer and plans to deepen its roots here,” said Gov. Ralph Northam, D-Va., in a media advisory.

The impact will reach far beyond New York and Virginia. The demand for 50,000 employees with the level of technical skill to meet Amazon’s needs will fundamentally change the employment picture on the East Coast. While both areas already have strong technology communities, they also have very low unemployment in these fields.

In Northern Virginia, the employment picture is complicated by recent expansions in the technology sector by Micron, which is doubling the size of its factory, and by several defense contractors, including Northrup Grumman, Bechtel and BAE Systems, all of which have recently moved their headquarters to the area.

This concentration of technology jobs on the East Coast will likely siphon off talent that might otherwise head to Silicon Valley. Some observers suggest that the area will begin to draw people away from California in greater numbers than they are currently.

Part of the reason is that a New York-Virginia nexus of tech talent is effectively one location, not two. Washington and New York are only two and a half hours apart on Amtrak’s Acela, and that time will be reduced as the railroad starts replacing its trains with faster ones. That effectively puts the two headquarters as close together as they would be in the Bay Area, if you count time in slow traffic.

Regardless of whether the new Amazon East Coast hub draws on the West Coast, the result will be an extension of the technology and innovation region in the east as businesses move to the area to be near Amazon, as educational opportunities grow and as the new employees become part of the existing tech communities.

As important as Amazon’s new headquarters is, it will be central as a catalyst to technology growth in the east. Now we just have to think of a cool name to compete with Silicon Valley.