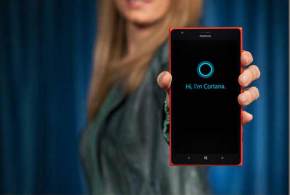 Cortana will soon start helping Windows 10 users not only hail an Uber car, but also anticipate their need for one.

Microsoft and Uber have partnered “to create the type of end to end experience that will be an integral part of Cortana in the future,” announced Marcus Ash, a Microsoft program manager. The digital assistant, which debuted last year in Windows Phone 8.1, will ship with the upcoming Windows 10 operating system for PCs, tablets and smartphones.

Cortana already integrates with more than 500 apps, according to Microsoft, including INSTEON’s home automation app. Generally, the voice-enabled technology offers proactive recommendations based on factors like a user’s location, and allows users to search the Web, schedule tasks and set reminders with a natural language interface.

For Windows 10 and Universal Windows apps, the company is aiming for a more observant and genuinely helpful Cortana. “Cortana knows the user and his or her context, but for many tasks, Cortana will rely on others to bring specific expertise—that’s where we’ll work with developers to create new experiences that help our customers get things done quickly and easily,” Ash said.

Some of those developers work for one of the most widely regarded disruptive Internet companies.

“By integrating with Uber, Cortana will not only recommend an Uber for you at the exact time you need it based on your schedule, but will also order it for you,” stated Ash. “For example, let’s say you’ve purchased a movie ticket online and received an email confirmation. Cortana has this information and will display a reminder to you prior to the movie start time.”

In addition to offering Uber as a transportation option, Cortana automates things further by automatically filling in the pickup and drop-off locations, which users can later edit if necessary.

Cortana integration in Universal Windows apps is made possible with the company’s Voice Command Definition extensibility application programming interface (API). Developers can opt to allow apps to launch or extend their functionality to Cortana’s native user interface. “Immaterial of the actual method an app chooses to integrate with Cortana, she will always preserve and provide all context she has about the specific task at hand,” noted Ash.

Microsoft is also partnering with Shopular to deliver coupons to bargain hunters roaming the shelves of both online and brick-and-mortar stores. Tapping into Cortana’s location services, coupons will appear for nearby stores. Online, Cortana will display deals when users are visiting retail sites with Microsoft Edge (formerly Project Spartan), the successor to Internet Explorer.

The Uber and Shopular integrations, along with the messaging app Viber, will be available around the time Windows 10 launches this summer, said Ash.

While Cortana was late to the game compared with Apple’s Siri and Google Now, many industry rivals consider it a formidable rival. Highlights include a notebook feature that tracks interests and enhances Cortana’s predictive capabilities, extensive support for third-party apps and even a sense of humor.