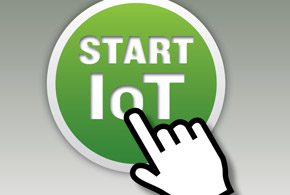 Microsoft Dec. 5 took the wraps off a new software-as-a-service offering called IoT Central that’s aimed at helping enterprises hit the ground running when they embark on their Internet of Things development projects.

Although Microsoft already offers its cloud-based Azure IoT Suite, getting started on an IoT implementation can still be a challenge for many organizations, said Sam George, director of Azure IoT, during a virtual conference on the new Microsoft IoT Central product.

Azure IoT Suite is a platform-as-a-service tool set that provides developers with access to the underlying cloud services used in IoT deployments. Building customized applications that use these services requires a medium to high degree of coding skill, said the Microsoft executive.

“What we’re finding is that building an IoT solution can be pretty darn challenging. For a lot of companies, it’s outside of their reach because they simply don’t have the skill sets available,” which requires IT organizations to find suitable technology partners to do the work, said George. He also noted that setting up IoT deployments and integrating them with existing systems can also be time consuming and require heavy up-front investments to get the ball rolling.

Concluding that “IoT has been out of reach to the average business or enterprise,” George and his team worked on making IoT more broadly available and accessible to business users who may never type a single line of code into an IDE (integrated development environment). For those users, there’s Microsoft IoT Central.

Microsoft IoT Central is a fully-managed SaaS offering where users don’t have direct access to the underlying Azure services that power the IoT applications. Of course, this leads to bit of a trade-off.

Users will miss out on some of the flexibility provided by being able to tinker with microservices code to create highly customized deployments, as they can with Azure IoT Suite. On the other hand, the tool’s browser-based, point-and-click interface still allows for a robust level of customization with no need to learn Java or .NET.

The product can be used to securely connect IoT devices in seconds, claims Microsoft. Within hours, customers can have an enterprise-grade IoT deployment up and running. It also scales from a handful of devices to millions, which allows organizations to extend their environments as they grow more familiar with the technology, explore new use cases or launch entirely new business models based on the service.

During an online demonstration, Microsoft executives demonstrated how a vending machine company can better maintain their equipment in the field. The browser-based interface allowed the user to view and organize their remote devices, set operating parameters, visualize performance characteristics and more, without hopping into a maintenance truck to visit the equipment.

Over time, Microsoft is planning to integrate the product with its own business software ecosystem and that of third-party providers, such as Salesforce and SAP, a move that can help set the stage for proactive sales, marketing and service operations for IoT Central customers, said Microsoft.