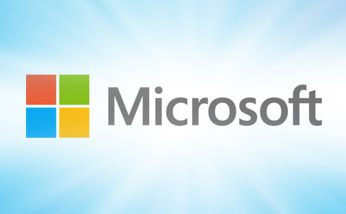 When one examines Microsoft’s financial performance, it’s hard to believe that there could be any trouble in Redmond. After all, the company’s revenue continues to rise and it’s generating billions of dollars in profit each quarter.

Windows is still the dominant force in PC operating systems and Office is arguably the most important productivity suite in the world. After such a cursory look it appears as if Microsoft is as sound as a bell.

However, there’s more than meets the eye with Microsoft. The software giant was once the world’s largest company and the most dominant force in PC software.

However, now competitors are chipping away at its power from all sides. Microsoft has a paltry market share in the mobile market and despite Windows’ success, it’s not clear whether it will still be dominant in a few short years. Even Microsoft’s online efforts leave much to be desired.

Unfortunately for the software giant, there are a number of products hurting its operation.

Read on to find out which products are hurting Microsoft.

Windows 8 is a real problem for Microsoft. The company’s latest operating system is not being adopted nearly as quickly as it would have liked in its first few months of availability, due mainly to the fact that it comes with a new design that so far, some customers don’t like. The enterprise is especially concerned with the design since it could hurt productivity. Furthermore businesses are in no hurry to upgrade because they are happy with Windows 7. Until Windows 8’s shortcomings are working out, it will hurt Microsoft business results.

Windows Phone 7.8 might go down as a black mark on Microsoft’s mobile efforts. After announcing Windows Phone 8 last year, the company noted that devices running Windows 7.5 couldn’t be upgraded to its latest operating system. The result? A half-baked update called Windows Phone 7.8 and a lot of disgruntled customers.

The iPhone has dominated the smartphone market for years, thus ensuring that Microsoft will struggle to catch up in the mobile market. Microsoft currently doesn’t offer a smartphone that’s on par with the iPhone and doesn’t have a third-party smartphone partner that can compete with Apple. Until it does, it’ll be hard for the software giant to establish itself as a serious contender in the mobile space.

Perhaps the biggest reason Microsoft is behind in the mobile market is Android. Google’s operating system last quarter nabbed 70.1 percent of the smartphone OS market, according to research firm IDC. Microsoft’s Windows Phone, meanwhile, could only muster 2.6 percent market share. If that doesn’t tell the whole story, what does?

Samsung’s Galaxy S III is one of the chief reasons Android is so popular in the mobile marketplace. According to IDC, Samsung handsets accounted for 42 percent of all smartphone shipments in 2012, easily topping every other vendor (including Apple). The Galaxy S III leads the Samsung line, which includes a number of other solid models.

Microsoft has been trying to establish itself in search with Bing. However, the company’s Google Search is downright dominant, taking up over 90 percent of the market in some countries. Bing is admittedly doing a bit better with Yahoo’s help, but it doesn’t appear likely Microsoft will ever be more than an also-ran in search.

When Google acquired DoubleClick, it didn’t take long for Microsoft to answer with its purchase of aQuantive to make its intentions clear: it wanted to take down Google in advertising. But there’s a problem. It’s been years since Microsoft acquired its online advertising assets. But they have done nothing to help Microsoft cut into Google’s advertising efforts. AdWords and DoubleClick are hugely successful and there’s nothing Microsoft can do about it.

Nokia is just about the only vendor that has been willing to play nice with Microsoft and Windows Phone without also getting in bed with Android. Unfortunately for Microsoft, however, Nokia’s Lumia line hasn’t exactly set the world on fire and impressed consumers. What Microsoft needs now is a better vendor partner. Too bad no one is lining up.

It might seem odd to see the Amazon Kindle line included in this roundup. But it’s important to point out that Microsoft has invested in Barnes & Noble’s Nook line and it has a lot riding on the success of those e-readers. That said, Barnes & Noble’s Nook business was a major disappointment in December and there’s talk of it eventually folding. That stands in stark contrast to Amazon’s successful Kindle business.

Microsoft is an enterprise application server provider and has been for years. But there’s a problem: troubled BlackBerry’s Enterprise Server is still the leader in mobile-enterprise efforts. Microsoft hasn’t found a way to overcome that platform, which would help Microsoft can more traction in the mobile software market. But it looks as though nothing is going to change any time soon.