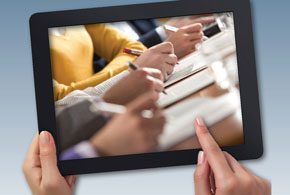 Schools with Office 365 for Education accounts now have at their disposal more technology tools that can help students write better.

Just in time for students to start filling up school corridors and classrooms, Microsoft has announced an update to its Learning Tools, a collection of software helpers that can improve reading comprehension and steers students clear of errors. Now, the feature is available when students are writing or editing documents in Microsoft Word, announced Mike Tholfsen, principal product manager at Microsoft Education.

Learning Tools can be used to help students improve their reading skills by organizing written content into a tidy column that reduces visual crowding and enhances focus by changing the background color to an attention-sustaining hue. To improve fluency, the feature can adjust character spacing while the Syllable option separates words into syllables to help students hone their reading skills.

Finally, the Read Aloud function highlights each spoken word in tandem with its spoken output. In Microsoft Word, users can switch between having their content spoken aloud and typing using the software’s Review tab, allowing them to quickly correct errors that reach their ears.

Meanwhile, the Immersive Reader mode in Word, Outlook Online, OneNote and the OneNote app for Windows 10 has been given a major overhaul, said Tholfsen.

“Starting today, we are rolling out the refreshed core user experience in Immersive Reader. These changes were based on many usability tests and feedback sessions with students and teachers,” he wrote in an Aug. 30 blog post. “For example, we’ve relocated the controls for font size, implemented standardized controls for our Parts of Speech and moved the voice-speed settings to be more closely aligned with the Play button.”

Both Office 365 commercial and consumer plans will be getting the new Immersive Reader experience in the coming days, Tholfsen added.

To further help students focus on their reading material, Microsoft has released a new Line Focus tool that allows users to personalize how many lines of text the feature highlights and lets them set the colors that best suits them. The software maker has also improved the automatic language detection capabilities in Outlook (other Office apps to follow) to help ensure that Read Aloud works as intended when it encounters another language.

Earlier this year, Google announced that the company had opened up its Google Classroom learning platform to users who don’t have G Suite for Education accounts. “Now, using a personal Google account, teachers and learners in many different settings can teach or attend classes, manage assignments, and instantly collaborate,” said Hank Heijink, a Google Classroom software engineer, in an April 26 announcement.