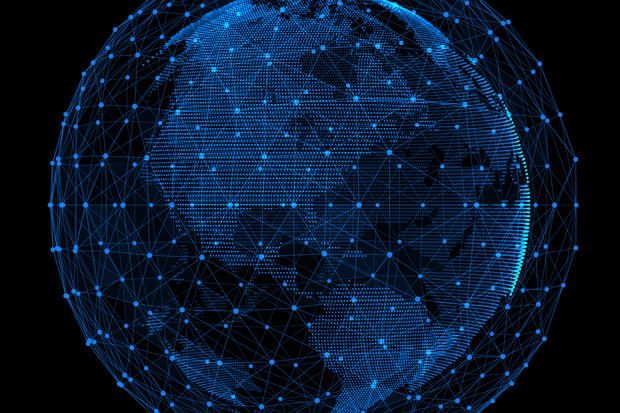 It’s only a matter of time before outer space becomes a routine location in the big picture of IT systems—especially when it concerns such functions as data storage and cryptocurrency processing.

Satellites have long been used for transporting television, military, government and scientific data from location to location, but data files and applications haven’t regularly been stored in space very often.

Cloud Constellation Corp., whose Space Belt is a patented system of 12 low earth-orbit satellites for the purpose of offering space-based secure data storage and services, and Singapore-based SpaceChain announced July 11 they have entered into a partnership to develop a space-based market for decentralized currency exchange venues.

Cloud Constellation and SpaceChain will enable services that combine the secure, global data storage and communications capabilities of SpaceBelt with applications based on SpaceChain’s open source standard, SpaceChain OS. SpaceChain OS is an operating system optimized for spacecraft design.

A hot wallet refers to a Bitcoin wallet that is online and connected in some way to the internet. It is a term that refers to bitcoins that are not being kept in cold storage. Bitcoin-related services and exchanges that are able to pay out withdrawals instantly can be said to be paying them from a “hot wallet.”

SpaceBelt services are a new look in data security that greatly mitigate the risk of a data breach by providing global isolation of a customer’s data from inherently vulnerable global terrestrial networks.

Key data points about the project include:

SpaceChain is building the world’s first open-source, blockchain-based satellite network, allowing users to develop and run decentralized applications in space. The SpaceChain operating system, hosted in space, will be available to anyone, anywhere in the world, all while remaining secure, immutable and uncensorable through proven blockchain cryptography, the company said.

“The combined technologies of SpaceBelt and SpaceChain will enable us to offer significant innovation and security to the cryptocurrency market. There hasn’t been a more exciting time to be in the space industry,” Cliff Beek, president and CEO of Cloud Constellation, said in a media advisory.