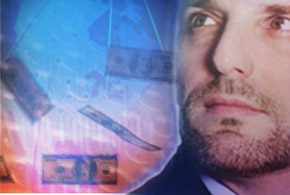 Nearly 80 percent of health care CEOs plan to invest in IT in 2013, but they’re not finding the workers they need, according to a new report by PwC’s Health Research Institute.

More than 51 percent worry that their staffs are unable to keep pace with technology change, according to the PwC report “Solving the Talent Equation for Health IT,” released March 12.

In addition, 62 percent of health care executives are concerned about the lack of available skills, and 77 percent plan to rethink their hiring and promotion strategies to deal with the lack of health IT talent. To fill the IT shortage in health care, organizations are hiring IT professionals from other industries, PwC reported.

“The challenge for health care is not just a shortage of people with technical skills; it’s also a shortage of people with the skills to marry technological savvy with business strategy as health care becomes more connected, coordinated and accountable,” Daniel Garrett, principal and Health Information Technology practice leader at PwC, said in a statement. “Despite billions of dollars spent investing in health IT, the lack of qualified professionals could slow progress toward quality and efficiency.”

Sixty-seven percent of respondents are experiencing health IT staffing shortages, and 75 percent plan to hire new workers, the report revealed.

Concern exists in health care organizations that without sufficient IT talent, hospitals and health providers won’t be able to implement technology changes such as electronic health records.

“The benefits of health IT will not be realized until organizations can ensure information is unlocked and integrated in a way to best inform critical business and clinical decision making,” Garrett added.

Regulatory requirements such as those in the Affordable Care Act and the need to better manage data have increased the demand for health IT workers, according to PwC. Under the ACA, doctors form accountable-care organizations and become accountable for patient outcomes rather than individual services.

A March 4 survey performed by HIMSS Media and commissioned by data-management company CommVault found that complying with federal requirements such as the ACA is a top driver of IT spending.

The industry needs workers that understand how IT helps integrate care and aids the work of health insurers as well as drug and device makers, according to the PwC report.

“Despite differing IT priorities, general IT staffing needs across the industry reflect a shared goal of improved health outcomes—particularly as payment shifts from a fee-for-service model that rewards value over volume,” said Garrett.

Clinical informatics specialists, who transform data into information that can aid care delivery, are particularly in demand to meet IT priorities.

Real-time data, and IT in general, will be critical as organizations implement the ACA. “The IT organization remains the critical connector to delivering real-time data and metrics to make smarter business decisions,” said Garrett.

Sixty-six percent of the 300 single and multi-hospital organizations and health professionals in the United States interviewed said finding workers with the appropriate skills is a challenge, according to the TEKsystems/HIMSS survey.

In addition, with mergers growing in health care IT, the industry also needs workers with data-integration skills, PwC reported. Fifty-four percent of insurers interviewed for the survey have bought another organization in the last year, PwC reported.