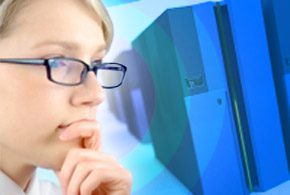 IBM announced that it has appointed one of its staff attorneys as the company’s chief privacy officer.

Christina Peters, who has worked as a practicing attorney at IBM since 1996, has been appointed to the role, which IBM initiated in 2000. Peters will guide and oversee IBM’s global information policy and practices affecting more than 400,000 employees and thousands of clients. Peters also is responsible for a worldwide team of legal, data protection and technical professionals at IBM who address privacy and data security.

Also in her role as IBM’s chief privacy officer, Peters will lead the company’s global engagement in public policy and industry initiatives on data security and privacy, and continue to serve on the advisory board of the Future of Privacy Forum.

IBM claims it was the first major corporation to appoint a chief privacy officer in 2000 and has consistently applied advanced techniques and technologies across its global business operations and practices. Company officials said IBM was the first company to adopt a global privacy code of conduct, the first to adopt a genetic nondiscrimination policy and the first to establish a policy to advertise only on Websites with visible privacy statements.

IBM said Peters has handled a wide range of complex transactional, policy, compliance, litigation and cyber-security matters in the United States and internationally.