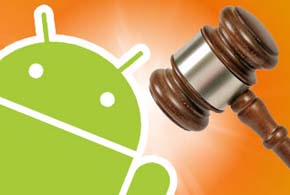 New details have emerged in the legal battle between Microsoft and Samsung over Android royalty payments.

Manhattan federal court documents show that Samsung paid Microsoft $1 billion in fees last year as part of a 2011 licensing agreement. Nearly two years later, that agreement would be the source of tensions between the two tech giants.

In August, Microsoft announced that it had begun legal proceedings against Samsung over allegations that the Korean handset maker was holding out on royalty payments.

“Since Samsung entered into the agreement, its smartphone sales have quadrupled and it is now the leading worldwide player in the smartphone market,” wrote David Howard, deputy general counsel for Microsoft, in an Aug. 1 company blog post. Samsung shipped 74.3 million smartphones in the second quarter, compared with 35.1 million iPhones, according to market research firm IDC.

Microsoft receives fees for the most of the Android smartphones sold in the United States.

More than 25 companies have signed up for Microsoft’s Android licensing program since HTC first came on board in 2010. As a result, 80 percent of the Android smartphones sold in the United States are licensed under the program, said the court filing.

“Samsung began using the acquisition as an excuse to breach its contract,” Howard wrote. “Curiously, Samsung did not ask the court to decide whether the Nokia acquisition invalidated its contract with Microsoft, likely because it knew its position was meritless.”

On Oct. 3, Howard returned to shed more light on the legal spat.

In addition to patent licenses, the companies entered into a “separate business collaboration agreement,” which Howard described in a blog post as “unique to our relationship with Samsung.” That other agreement, he explained, was “aimed at promoting the development and sale of Windows smartphones and tablets by Samsung.”

Samsung has avoided making payments on suggestions that “Microsoft has breached the business collaboration agreement,” said Howard. “We disagree, and that’s why we asked the court to rule that Microsoft is not in breach. Second, Microsoft has asked for $6.9 million in damages due to unpaid interest from last year,” he added. That figure represents the interest on a $1 billion late payment last year.

Microsoft claimed in its filing that the licensing agreement between the companies “contains explicit provisions” that cover acquired companies, thereby invalidating Samsung’s argument that the Nokia deal breached anti-assignment provisions of the contract.

Samsung is also accused of petitioning “Korean competition authorities” in an effort to reduce or eliminate Android patent payments, turning a U.S. dispute into a “Korean regulatory issue.”

Nonetheless, Microsoft believes it will prevail and that the companies will remain friendly competitors.

“We are confident that our case is strong and that we will be successful,” Howard said. “At the same time, Microsoft values and respects our long partnership with Samsung, is committed to it and expects it to continue.”