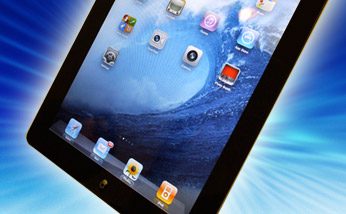 Even as Apple and Samsung have been fighting each other for months over patent-infringement claims, Apple has continued to build its iPhones and iPads using Samsung ARM-based chips. But that is apparently changing and occurs on the heels of some longtime rumors that the move was in the works, according to a report from Forbes.

“There’s a story coming out of Taiwan that Apple has already started to make the switch, commissioning TSMC to make the next round of the A6 chip and then on into production of the A7,” Forbes reported Jan. 2. “Apple has already requested Taiwan Semiconductor Manufacturing Company [TSMC] to produce its next-generation A6X processors, reports the Taiwanese financial newspaper Commercial Times.”

The ongoing legal fight between Apple and Samsung has been knuckle-busting for both. In August 2012, Apple won a $1.05 billion verdict against Samsung from a California court over allegations that Samsung infringed on Apple patents in the designs of mobile devices.

With the legal battles in the background in recent months, Apple has reportedly been looking to reduce its dependency on Samsung for chips, turning to TSMC for production of its 20-nanometer chips.

Apple uses Samsung chips only in its iPhones and iPads, not in its desktop and laptop products.

In the meantime, chips haven’t been the only place where Apple has been moving to make some pointed statements to Samsung.

In October 2012, Apple hired chip engineer Jim Mergard away from Samsung, where he worked after some 16 years with chip rival Advanced Micro Devices. The move illustrates the demand for chip engineers—not only in PCs and servers, but also in mobile devices like smartphones and tablets—and sheds more light on the growing competition between x86-based chip makers like Intel and AMD and ARM Holdings and ARM’s list of partners, such as Samsung, Nvidia, Qualcomm and Texas Instruments.

While Intel and AMD chips dominate the PC and server markets, ARM-designed chips are found in the bulk of smartphones and tablets. And as both Intel and AMD push to gain inroads into the mobile market, ARM and some of its partners are looking to move their low-power chips into PCs and servers, widening the competitive field.

Mergard was a key PC chip engineer during his time at AMD and helped lead the development of the company’s Brazos accelerated processing unit (APU) aimed at entry-level PCs and notebooks. He came to Samsung as part of a wave of AMD engineers and officials leaving the company.

He also came at a time when Samsung reportedly began gearing up to challenge Intel and AMD in the server chip business. Samsung over the past couple of years has been aggressive in pursuing chip engineers from rival companies.

Also in October, Samsung won a legal round with Apple when a three-judge federal appeals court panel overturned a preliminary injunction awarded to Apple in August that blocked Samsung’s sales of its Galaxy Nexus smartphones in the United States. The injunction was awarded while both sides are tussling over patent-infringement claims involving the smartphones.

The decision means that Samsung will be able to continue to sell Galaxy Nexus phones while the legal fight continues. In their decision to toss the injunction, the judges wrote that the judge in the original case in August, U.S. District Court Judge Lucy Koh, abused her discretion in issuing the injunction against Samsung in the first place.

To have correctly earned such an injunction, the appeals court wrote, Apple would have had to have proven that consumers purchased Galaxy Nexus handsets because they specifically included the features that Apple claimed are infringing on its patents.

“In this light, the causal link between the alleged infringement and consumer demand for the Galaxy Nexus is too tenuous to support a finding of irreparable harm,” the appeals court wrote.

In the August case, Samsung was ordered to pay Apple $1.05 billion as punishment for infringing on Apple’s mobile device patents in the design of its tablets and smartphones. In that case, Samsung products found to have violated Apple patents included the Samsung Galaxy Tab and Galaxy 10.1 tablets and such smartphone models as the Captivate, the Galaxy S line, the Fascinate and the Epic 4 G. In the case of most patents, the jury ruled that Samsung’s infringement of them was “willful.”

For both companies, the stakes are truly huge because of the case’s implications for competition in the multibillion dollar mobile device market.

Editor’s note: This story was changed to reflect that the judge in the Apple-Samsung case ruled against Samsung.