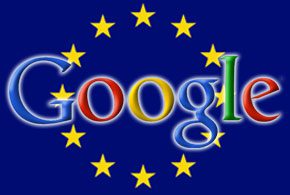 The European Union has filed another round of antitrust charges against Google as the EU continues its efforts to try to rein in what it sees as unfair business tactics used by the search giant as it battles its competitors in the global marketplace.

The latest charges, the third group of allegations made by the EU against Google since early 2015, were announced on July 14 in a statement by Margrethe Vestager, EU antitrust chief. The problem with the company’s behavior, said Vestager, is that Google, as the dominant search company in the world, allegedly uses its size and muscle to unfairly harm competitors while benefitting its own businesses.

In Europe, Google has a 90 percent market share in general Internet search services and about an 80 percent share in the placement of search advertising on third-party Websites, according to the EU.

“Dominance is not a problem under EU competition law,” said Vestager. “However, it is illegal to abuse a powerful market position by restricting competition, either in the market where the company is dominant or in neighboring markets.”

The latest EU investigations involve Google’s comparison shopping service, as well as its methods of placing search advertisements and its controls on how its competitors can place search advertisements on third-party Websites, the agency stated. “It is our preliminary view that both aspects break EU competition law.”

The investigations into these issues have lingered since April 2015 when the EU raised earlier concerns, said Vestager. “Those investigations have turned up new evidence, which reinforces our initial view that Google abuses its dominant position by favoring its own comparison shopping service. It strengthens our case.”

An example is that for product-related queries, “Google’s comparison shopping product is systematically displayed prominently at the top of the search results,” getting better play than results for competing companies, she wrote. “And this happens no matter whether it is the most relevant response to the query.”

These alleged actions by Google, wrote Vestager, “have harmed consumers, who get the results that Google wants them to see, not necessarily the ones that are most relevant. And we believe that Google has held back innovation, because rivals knew that however good their service, it would never be as visible as Google’s.”

Google’s “AdSense for Search” service also raises concerns for the EU in how the company places search advertising on third-party Websites through contracts set up with the largest sites for retailers and other companies, according to Vestager.

“We believe that these restrictions allowed Google to protect its very high market shares for search advertising,” wrote Vestager. “They hindered competition and they stifled choice and innovation, to the detriment of consumers.”

Google will now have a chance to respond to the latest EU allegations.

“We believe that our innovations and product improvements have increased choice for European consumers and promote competition,” a Google spokesperson told eWEEK. “We’ll examine the Commission’s renewed cases and provide a detailed response in the coming weeks.”

The EU, meanwhile, is still looking at other potential charges against Google, including whether the company favored its own services in other specialized areas, such as travel and local search, wrote Vestager. “We’re also looking at complaints from news publishers and image providers on how Google uses their content. Those issues are also relevant to the Commission’s on-going work on copyright reform in the context of our Digital Single Market project.”

The EU is also still waiting for Google’s reply to its previous comments on antitrust charges involving Android, which the agency raised in June. Google was given more time for its reply, which is now due in early September.

“Google is a company that has come up with some incredibly innovative products … that have changed people’s lives for the better,” wrote Vestager. “But that doesn’t give it the right to deny others a fair chance to compete and innovate. So if the evidence shows that Google has broken the competition rules, we have a duty to act … so that European consumers and businesses have a wide choice of innovative products in the future.”

Earlier in July, reports surfaced that the EU would be taking these actions. The EU had also slapped Google with fresh antitrust charges in April involving its Android mobile operating system.

Editor’s Note: This story has been updated with a response from Google about the latest EU charges.