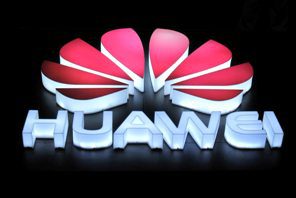 Huawei apparently is building its own version of the Android mobile operating system so it can gain some independence in the marketplace to ensure a steady stream of OS innovations and development for its products.

The existence of the Huawei Android OS project, described as a “contingency measure,” was reported in a June 22 article by 9to5Google.

The project is still very early in development at Huawei, but it is still a notable development in the world of Android, where its alleged “fragmentation” into many different variations is often discussed, according to the report.

Huawei already has its own customized user interface that it places atop Android, similar to what many other manufacturers do. Work is also continuing on improvements for that UI, which Huawei calls its EMUI. Among the coming improvements for that software are updates for cosmetic issues and user pain points, which will come in the fall, the article continued.

In October 2015, Huawei hired Abigail Brody, a former mobile UI design lead at Apple, as chief designer of user experience to help bring about the improvements in the company’s smartphone user interface.

Several mobile analysts told eWEEK that Huawei with its own Android variation may have a tough time competing in a crowded Android ecosystem.

While Huawei is the third-largest smartphone vendor today and is the second largest in the Android world behind Samsung, “the prospects for any alternative mobile operating system are pretty dim at this point,” said Jan Dawson, chief analyst with Jackdaw Research. Even Microsoft, with all of its muscle, hasn’t been able to make a dent, he said.

“The fundamental challenge for any new mobile OS now is the massive lead Android and iOS have built with their app stores,” said Dawson. “It’s basically impossible for anyone to compete meaningfully with the two major operating systems when it comes to attracting developers, and that in turn is critical to attracting users. That vicious cycle has doomed other recent operating systems like Bada, Tizen, Firefox OS and more, and it will likely thwart Huawei’s efforts, too.”

Charles King, principal analyst with Pund-IT, said the move by Huawei at least acknowledges its own needs to improve the user experience with its products for its customers, through steps like hiring Brody away from Apple. The idea of Huawei looking into its own Android version is “reasonable,” said King, but could also “mainly be about aligning the company with the Chinese government’s ‘in China, for China’ policies,” he said. “Its actual commercial potential is impossible to estimate at this point.”

Bill Menezes, an analyst with Gartner, said that with the many versions of Android in the marketplace, another one would barely “move the needle in that respect.” Other manufacturers haven’t had much success taking this road, he said.

Another analyst, Avi Greengart of Current Analysis, said the move by Huawei is “certainly wise” in terms of preparing alternative scenarios in case Google and Android are “no longer possible for political or strategic reasons.”

Having an alternative in the works “could provide Huawei with leverage in negotiations with Google, even if things are going swimmingly well,” said Greengart.

At the same time, though, “switching to an Android fork would hurt Huawei’s Western ambitions: The lack of Google service integration would cripple sales, and fragmentation would be poorly received even by mainstream consumers,” he said. “However, much of Huawei’s Chinese base would not notice—Huawei’s EMUI is already a very thick skin over the Android UI, and Google’s services are not available in mainland China.”

Huawei has quietly become a bigger player in the global smartphone marketplace, according to a recent eWEEK story. Huawei had a banner first quarter in 2016, with sales of 28.8 million smartphones, up from 18.1 million in the same quarter one year prior, according to Gartner. Huawei’s market share rose to 8.3 percent in the latest quarter from 5.4 percent a year earlier.