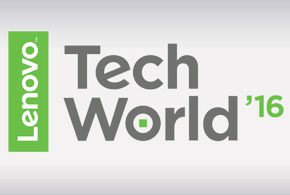 Lenovo will hold its second annual Lenovo Tech World conference on June 9 as it unveils new products and concepts in mobile devices, the Internet of things, virtual reality and other markets.

This year’s event will be held at The Masonic in San Francisco and comes after the company’s first such conference, held last year in China.

The conference, which Lenovo announced on May 9, will feature a keynote address from Lenovo Chairman and CEO Yang Yuanqing, who is expected to talk about his company’s research and upcoming products involving consumer goods, from smart devices that connect to the cloud to smartphones with new features. Partner companies will also be in attendance to show off the innovations they are working on with the company.

Lenovo is also expected at the event to launch the first consumer Project Tango-enabled smartphone in partnership with Google, bringing augmented reality capabilities to a handset. Google’s Project Tango was introduced in February 2014 as an initiative to compress current understanding about robotics and computer vision into a mobile phone, according to a past eWEEK article. The idea of the project is to give mobile devices a human-scale understanding of space and motion that will allow the devices to provide more data to users than is seen on a touch-screen. Project Tango is designed to capture and track large amounts of data using 3D measurements to help make it possible using extra intelligence.

The Project Tango-enabled smartphone will give users new ways to experience the world—enabling them to map their way inside a museum or to create a 3D gaming environment to visualize how a new refrigerator might fit into their kitchen.

Also expected to be unveiled at the conference is “a new mobile technology designed by Motorola that will dramatically change the way people think about and use their most personal devices—in a snap,” Lenovo announced in a statement. That could be referring to rumors that are circulating about two new Moto smartphone models from Lenovo’s Motorola division, which allegedly include snap-on modules that add features to the handsets, according to reports.

“Innovation is at the heart of everything we do,” Yang said in a statement. “Lenovo is no longer just a PC or smartphone company. Lenovo will play a role in developing new smart devices, delivering the smart connectivity required to enable new services and experiences, and providing the infrastructure that makes the new connected world possible.”

Lenovo technology concepts from the company’s labs around the world will also be highlighted as well to spotlight the ideas that hundreds of Lenovo and Motorola engineers, designers and developers are working on for future products.

In addition, Lenovo is holding a contest that will award three winners with VIP Experience trips to the Lenovo Tech World conference. Entrants “will be asked to share on social [media] how tech innovation has changed their lives,” according to the contest rules.

The event’s keynote address will be live-streamed at 1 p.m. EST on June 9 via YouTube.

Google sold Motorola Mobility to Lenovo in 2014 for $2.9 billion, less than two years after Google itself had acquired the handset maker, according to earlier eWEEK reports. The sale by Google was seen as a move for the company to firm up its own direction in the mobile space and cut its losses as it continued to focus on the Android mobile operating system. Google had sold off other parts of Motorola Mobility within months after it acquired the company in early 2012.

In January, Motorola Mobility announced that it will stop using the Motorola brand name as it moves to remove the historic nameplate from its smartphones in deference to its Moto and Vibe product names.