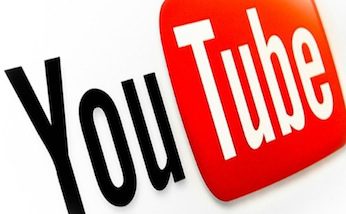 Microsoft and Google’s high-profile, often contentious rivalry has spilled into the realm of mobile apps.

Google has demanded that Microsoft pull its YouTube app for Windows Phone 8 immediately and disable copies of the app that are out in the wild by Wednesday, May 22.

On May 15, a cease and desist letter was sent by Francisco Varela, director of Global Platform Partnerships for Google’s YouTube division, to Todd Brix, general manager of Windows Phone Apps and Store. According to the letter, which was obtained by The Verge, the app contains features that “directly harm our content creators and clearly violate our Terms of Service.”

Google’s complaints center on the Windows Phone app’s ability to download videos from YouTube and play “videos that our partners have restricted from playback on certain platforms (e.g., mobile devices with limited feature sets).” It also fails to display ads during video playback.

These features deny content creators the chance to make money from their videos, argues Google.

“Content creators make money on YouTube by monetizing their content through advertising. Unfortunately, by blocking advertising and allowing downloads of videos, your application cuts off a valuable ongoing revenue source for creators, and causes harm to the thriving content ecosystem on YouTube,” stated the letter.

Currently, according to Google, there are “more than one million channels earning revenue through the YouTube partner program” and “thousands of YouTube channels are making six figures a year.”

Microsoft’s app overrides viewing restrictions that YouTube uploaders place on their content, which can run afoul of exclusive distribution agreements, asserted Google. “YouTube’s agreements with creators give them choices in how their content is presented and distributed, and your application takes away that control,” wrote Varela.

Google noted that YouTube’s Terms of Service “prohibit downloads of videos from the site and prohibit accessing any portion of YouTube videos by any means other than through the use of an authorized YouTube player.” The search giant also took issue with Microsoft’s use of the YouTube trademark.

“YouTube is consistently one of the top apps downloaded by smartphone users on all platforms, but Google has refused to work with us to develop an app on par with other platforms,” a Microsoft spokesperson told eWEEK.

Microsoft is willing to work to resolve the ad display issue. “We’d be more than happy to include advertising but need Google to provide us access to the necessary APIs,” the spokesperson said.

The dust-up is an opportunity to advance some of the themes raised at Google I/O, currently taking place in San Francisco, contends the Windows maker. “In light of Larry Page’s comments today calling for more interoperability and less negativity, we look forward to solving this matter together for our mutual customers,” said the Microsoft spokesperson.