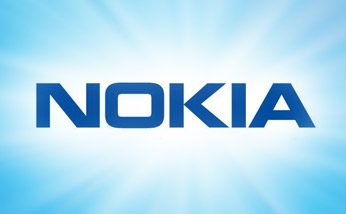 In the mobile world, there are some companies that succeed without much trouble, and others that once enjoyed success but now have trouble keeping pace. Companies such as Apple and Samsung fall into the first category because they are able to introduce mobile product hits every year.

Nokia was once a company like Apple and Samsung. The mobile giant was able to launch a host of popular products consumers and enterprise users around the world would eagerly purchase them. Since the iPhone’s entrance into the mobile space, however, that has changed. Now Nokia, once the leader in the mobile market, has watched sales and revenue plummet.

In a recent preliminary financial release, Nokia said that it experienced a stronger-than-expected fourth quarter, driven mainly by a jump in mobile phone sales. The announcement jolted the company’s stock price and made some analysts question whether claims of Nokia’s impending demise came too soon.

Here’s the answer: they didn’t. Nokia is in deep trouble. And even though the company had a strong fourth quarter, its chances of future success seem slim.

1. Apple sells that many smartphones in a week (or less)

Nokia announced that it sold 4.4 million Lumia handsets in the fourth quarter. And although that figure is nothing to scoff at, it’s about how many iPhones Apple sells in a week (if not less). Until Nokia can boost its smartphone sales to a level that at least halves Apple’s tally, it’s hard to see how the mobile company can succeed in the marketplace.

2. Samsung, too, is a sales juggernaut

Samsung’s success is another huge challenge for Nokia. Aside from the fact that Samsung is selling the world’s most popular smartphones along with Apple, the company has become the top mobile vendor in the world, unseating Nokia, which held the top spot for more than a decade. If Nokia can’t regain the top spot, it might have trouble staying relevant in the mobile space.

Nokia has bet its future on Microsoft’s Windows Phone platform. Yet that operating system has yet to take off, despite oft-repeated statement by Microsoft and Nokia saying that it will happen. Most analysts agree that Windows Phone will likely own just a few percentage points of the mobile space this year and that figure likely won’t jump to anything close to 10 percent in the next several years. That’s bad news for Nokia.

The corporate world has stopped caring about Nokia. That’s extremely bad news. Although it’s often overlooked, the enterprise is a key driver in mobile success. When enterprises select a mobile product as a corporate standard, consumers tend to follow. When the corporate world ignores a product, consumers will also tend to ignore it. RIM is dealing with this problem right now. But Nokia has been the victim of it for years.

6. Revenue is still way down

Although Nokia’s fourth-quarter revenue beat analyst estimates, it was still far below what the company generated last year. In fact, Nokia estimates that its fourth-quarter sales for devices and services were about 3.9 billion Euros. During the same period in 2011, its devices and services business nearly doubled that tally. That’s not the sign of a healthy company.

It’s worth noting that while Lumia shipments are up, year-over-year, Nokia’s overall handset shipments are down. Even with a strong fourth quarter, that trend hasn’t changed. In fact, Nokia says that during the first quarter of 2013, it expects shipments (and revenue) to slide on a year-over-year basis. That’s bad news for Nokia shareholders.

8. There’s no true vision for the future

What does the future look like for Nokia? Nokia CEO Stephen Elop has said countless times that his company has a strategy to regain lost market share, but so far he hasn’t fully explained his plans to anyone outside of the executive team. What’s worse, his plans, whatever they are, don’t appear to be working. It’s about time Nokia enunciates a true vision for the future and gets its operation back on track.

9. The company’s financial solvency is being called into question

Nokia’s bond rating has been reduced countless times over the past few years, until it finally hit junk status. The S&P and Fitch have both called into question Nokia’s chances of survival. If credit agencies aren’t confident that Nokia can survive, why should anyone else believe otherwise?

A key component in Nokia’s troubles is its inability to grow sales in the U.S. market. Granted, the company’s products are sold by U.S. mobile carriers, but few customers walk into carriers’ stores asking for a Nokia device. What’s worse, Nokia has done nothing to effectively market its products to those customers. Until U.S. phone buyers start thinking positively again about Nokia’s phones, the mobile company is in deep, deep trouble.