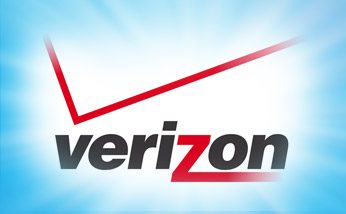 Verizon Wireless on April 18 announced its earnings for the first quarter of 2013, and not surprisingly, given its recent history, the company performed exceedingly well.

Total net new customers were up to 677,000 and its profit came in at $1.95 billion, up from the $1.67 billion profit it generated during the same period last year. Verizon’s revenue also landed at $29.42 billion, making it another great quarter for the wireless provider.

But arguably the biggest news that came out of Verizon’s earnings was the company’s iPhone sales during the period. According to Verizon, in Q1 it sold 4 million iPhones, and sold 9.7 million devices in total. Apple’s iPhone sales on Verizon were up 25 percent compared with last year, indicating that the relationship between the companies is going well for both sides.

More importantly, that relationship might turn out to be one of the central pieces of Apple’s ability to succeed over the long term in the mobile market. Right now, Verizon appears to be Apple’s best ally, selling millions of iPhones and not trying to be like AT&T by pushing every Android device under the sun.

If Apple knows what’s good for it—and it does—it’ll continue to improve its relationship with Verizon and keep it healthy. Doing so will make Apple billions of dollars.

Read on to find out more on why Apple is Verizon’s best ally:

1. iPhone sales are up

2. AT&T was only happy with exclusivity

When AT&T was the only U.S. carrier to offer the iPhone, the company couldn’t have loved Apple any more. But now that all four major carriers are selling the iPhone, AT&T has been increasingly trying to attract Android vendors. AT&T realized that it was too reliant upon Apple for its success. So it has been pushing more Android devices on customers. That’s not a good thing for the iPhone maker.

Verizon, one of the largest wireless services providers in the U.S., is just the kind of company that Apple would want to be its top ally in the wireless market. With its net new additions last quarter, Verizon was able to service 98.9 million customers. That can’t be overlooked by Apple.

One of the big reasons Verizon is so important to Apple is its LTE network. Right now, Verizon’s network is the largest in the U.S., covering nearly everyone who lives in the country across 491 markets. What’s more, Verizon’s LTE network is larger than those of all of its competitors’ networks combined. That’s quite an achievement.

The nice thing for Apple is that Verizon truly needs its iPhone to succeed. As noted, Verizon sold 9.7 million smartphones in the last quarter. Out of that, 4 million were iPhones. Where would Verizon be without Apple’s support? Luckily for Apple, it can use that question as leverage in dealings with the company.

6. T-Mobile and Sprint are too small

Some might look at Sprint and T-Mobile and say, why shouldn’t Apple try to partner up with those companies? Simply put, they’re too small. Apple is a big-name company with hugely successful products. In the U.S., Apple’s top wireless ally must be a company that can match it in terms of success. Sprint and T-Mobile can’t pull that off.

7. Verizon’s not a complainer

Unlike AT&T, which was really upset to see Apple’s exclusivity deal go, and T-Mobile, which bellyached for years over not being able to sell an iPhone, Verizon has largely kept its mouth shut and let Apple be Apple. The iPhone maker likes that. Verizon can use that to its advantage as the mobile market gets tougher and Android continues to grow.

Although much of the focus in Verizon’s investor’s call on April 18 was on smartphone sales, the company is also tied to Apple with tablets. Versions of Apple’s iPad and iPad Mini support Verizon’s 4G LTE network. And considering tablet sales are expected to soar in the coming years, the last thing Verizon wants is to be kept out of the cash it can generate off that. Look for the tablet connection to be a key ingredient in the Apple-Verizon relationship.

9. Verizon has the best growth potential

Looking around the wireless industry, it appears that Verizon has the best growth potential of any of the companies. AT&T is big, but after its failed attempt to acquire T-Mobile, the company is gun shy about trying out any other big acquisition. The only way for T-Mobile and Sprint to survive is to acquire or be acquired. Both companies are trying that. Meanwhile, Verizon is not in regulatory crosshairs. It has all kinds of cash to make moves, and it has the world’s largest LTE network, which should only help its chances of attracting customers. Overall, Verizon looks to have the best growth potential in the industry.

10. Apple needs at least one ally

All of this talk of allies and relationships might make some wonder why Apple even needs an ally. After all, the company has been successful for years while blazing its own path. But let’s not forget that Android is dominating the mobile space, Samsung is hot on its heels, and carriers aren’t nearly as willing to play ball with Apple as they were in the past. Apple needs to find one friendly wireless friend and stick with it. And Verizon looks to be the right fit.