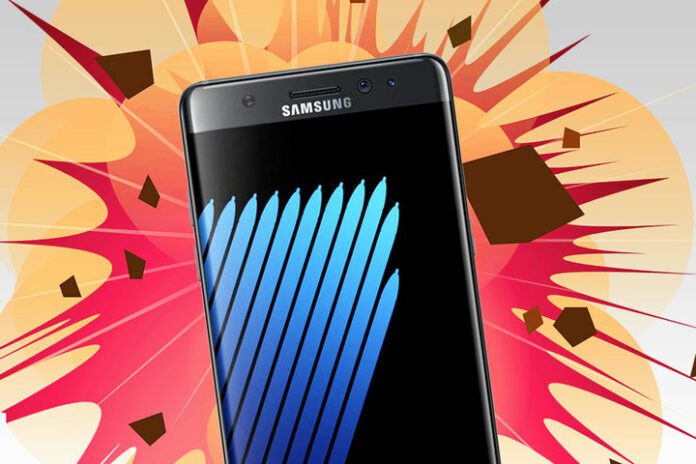 Samsung’s new Galaxy Note 8 smartphone will debut Aug. 23 at a splashy media event in New York City, 10 months after the company suffered the embarrassment of a global recall of its Note7 handset following widespread reports of battery fires and explosions.

But even with that debacle, fans of Samsung’s Note series of stylus-equipped smartphones will likely embrace the upcoming Note 8 with few worries about a repeat of the Note7 troubles, several IT analysts told eWEEK.

The Note7 debacle was costly for Samsung financially, with some 2.5 million Note7 handsets recalled in October 2016. However, some devoted Note7 buyers didn’t want to return the phones despite the battery issues, citing their love of its unique features, including its built-in stylus.

“To win customers, Samsung simply has to deliver a solid Note 8 for the stylus fanatics and the large screen fans who like that product,” Frank Gillette, an analyst with Forrester Research, told eWEEK.

“Samsung has had to work very hard on the design of the Galaxy S8 and the Note 8 just to make sure that there are no battery problems and that there’s enough interesting innovative technology in the product upgrades. But it doesn’t take any more extra zip than that” to win buyers over again, even after the fire problems with the Note7 batteries, he added. “I am confident that Samsung took no chances on the batteries.”

At the same time, said Gillette, “lithium ion batteries can still act up, so I think customers will be watching closely and that Samsung will have a rapid response approach to dealing with any oddball stories or situations that happen.”

Another analyst, Charles King of Pund-IT, said Samsung “handled the Note7 failures straightforwardly and did a far better job of satisfying customers and minimizing damage to its brand than many other vendors” that have been faced with similar product failures. “However, the Note 8 launch is likely to prove just how effective the company’s efforts were,” he added.

Ultimately, by forcing Note smartphone lovers to skip the Note7 generation of handsets, “the result could be a great deal of demand for the Note 8,” said King. The last version that was successfully launched was the Note 5, which was very popular with niche users thanks to its stylus that gave users the capability to write on its screen, transforming words and illustrations into editable content on the phones.

“The speed of consumer product cycles contributes to the short memories people have for both good and bad news,” said King. “I don’t hear a lot of jokes about the iPhone 4’s Antennagate debacle anymore. If Samsung hits it out of the park with the Note 8, fire jokes will head directly for the rear-view mirror.”

King said he expects that Samsung took no engineering shortcuts with the new model to be sure that the batteries and systems work as designed, without concerns for fires or any other troubles. “Another significant battery-related problem would be disastrous for the company and the responsible executives,” he said. “The stakes are too high to screw around.”

Rob Enderle, principal analyst with Enderle Group, said Samsung’s latest financial results were strong for the most recent quarter, “indicating that buyers may have largely already gotten over this. I would have expected the pain to last longer but, apparently, the market’s memory is very short.”

Samsung’s success with its latest Galaxy S8 and S8+ smartphones is also apparent, with both devices selling well, giving the company encouraging signs for potential sales of the Note 8, he said.

“The focus on quality for this cycle is well above what we’d typically see from Samsung,” said Enderle. “Given they had washing machines that were also exploding, Samsung needed a wakeup call on quality.”

Consumers won’t forget the Note7 fire problems, he said, but those memories likely won’t hurt Samsung in the future, he added. “Buyers have flocked to the S8, suggesting they are largely over the fire issue for now. That will change if the Note 8 has issues.”

Avi Greengart, a mobile products analyst with GlobalData, said he thinks a bigger problem for Samsung will be how to contrast features in its Note 8 handset from its S8 and S8+ smartphones for buyers.

“Aside from a stylus, how will Samsung differentiate the Note 8 from the Galaxy S8+, which is already about as big as it needs to be while still being comfortable to hold?” he asked. “Can Samsung wrest attention away from Apple as it introduces updated iPhones—with at least one model rumored to have an entirely new design?”

The Note7 smartphones debuted in late August 2016 and were quickly followed by reports about battery fires and explosions in the devices. Samsung addressed those initial reports by investigating the devices that had fires and starting its own global recall, and then in September 2016 cooperated with U.S. regulators at the Consumer Product Safety Commission when the agency issued a government recall of a million of the handsets due to at least 100 reports of fires and explosions from consumers.

In early October 2016, Samsung cut its losses, announcing the end of its Note7 flagship smartphone model after new reports came in of battery fires and explosions in replacement Note7s that were supposedly free of the defects in the original models.