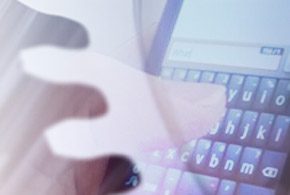 As expected, LG has unveiled the white version of its popular handset, the Google Nexus 4. It gets the full “Google Nexus” name because the search giant earlier chose the device as worthy to carry on its Nexus name. With that, Google and LG are partnering on a device that, according to both companies, has sold quite well to this point.

The white Nexus 4 doesn’t try to improve upon that earlier design, but does deliver a fresh new look to an already popular device. The white version will be available in Hong Kong first on May 29, and then likely be made available elsewhere around the world. LG Mobile CEO Jong-seok Park said in a statement recently that the device “delivers the same Google experience to consumers in a stylish and attractive color option.”

But perhaps the biggest question for those consumers is whether the Nexus 4 can actually hold up against the best smartphone models on the market right now, including the iPhone 5 and Samsung’s Galaxy S4. The truth is, it can.

Here are the reasons why the white Nexus 4 is a serious contender in the Smartphone market:

1. It has the name recognition

The nice thing for LG and the white version of its Nexus 4 is that the device is already well-known as a strong competitor in the mobile space. In other words, it has name recognition. And in the land of smartphones, having name recognition goes a long way in selling products.

The black Nexus 4 was always a nice-looking product, but its chief issue was that it didn’t have the design flair of its competitors, the Samsung Galaxy S 4 or Apple iPhone 5. With a white version now available, LG has offered an alternative that will extend its market appeal and further boost sales.

3. A big screen is awfully nice

The Nexus 4 comes with a 4.7-inch screen, making it notably larger than the 4-inch version available in Apple’s iPhone 5. And although it’s slightly smaller than the 5-inch screen in the Galaxy S 4, it’s still large enough to appeal to a broad audience.

Whenever customers buy Nexus-branded devices, they can be guaranteed that they’re getting the true Android experience. Although most companies (including LG) have tossed their own software atop Android, there’s a growing contingent of customers who want only what Google has created. The white Nexus 4 offers that, making it appealing to some customers.

In addition, the white Nexus 4 doesn’t contribute to the continuing issue of fragmentation in the Android ecosystem. The device is running the latest Android version, Android 4.2.2 (Jelly Bean), meaning customers will get all the latest features available through the operating system.

Attaching the Google branding to the Nexus 4 is an important component in the device’s chances of success. Google is a name that consumers trust, and its Nexus branding has become synonymous with high-quality products. Google’s name recognition will come in handy for the Nexus 4.

At a starting price of $299, the Nexus 4 is awfully well-priced for a device that’s both unlocked and contract-free. After picking up the Nexus 4, customers can bring it to any carrier they want, and not have to be locked into a two-year contract. There’s something to be said for that.

8. Google’s apps are worth having

Google has bundled its many apps and services into the Nexus 4, including Google Now, Google Wallet and several others. By doing so, Google has added a bit more value to the Nexus 4 and thus made it a bit more appealing to the average customer.

The Nexus 4 comes with a Snapdragon quad-core processor and 2GB of RAM, meaning it can handle just about any application the customer wants. That’s an important factor in today’s mobile marketplace—the stronger the performance, the better. With such features and performance, the Nexus 4 is hard to beat.

10. Phone features to drool over

One of the most exciting features in the Nexus 4 is its camera option. The device comes with an 8-megapixel rear-facing camera that can switch from snapping a photo to taking a full panoramic shot. The handset also comes with a full-featured photo editor that lets users crop and rotate images, as well as remove red-eye and add effects. Having those features built-in is awfully nice.