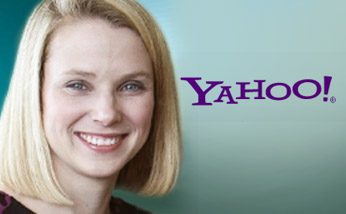 Yahoo surprised many industry observers when it announced that as of June, employees will no longer be allowed to work from home so the company can rebuild camaraderie and strong interpersonal culture in the workplace.

The news came from a confidential, internal Yahoo memo that was leaked Feb. 22 to All Things D. Jackie Reses, Yahoo’s chief of human resources, acting on instructions from CEO Marissa Mayer, sent out a companywide memo explaining that as of June, all workers—including those with remote-working arrangements—will be expected to work in the office.

“To become the absolute best place to work, communication and collaboration will be important, so we need to be working side by side,” the memo stated. “That is why it is critical that we are all present in our offices. Some of the best decisions and insights come from hallway and cafeteria discussions, meeting new people and impromptu team meetings. Speed and quality are often sacrificed when we work from home. We need to be one Yahoo, and that starts with physically being together.”

The decision reportedly isn’t being welcomed by all Yahoo employees, and four IT analysts who spoke with eWEEK about the new policy said it could definitely hurt the company’s chances of retaining and hiring quality workers.

“It is contrary to conventional wisdom, especially in the Silicon Valley and in many, many businesses where remote workers have become a common occurrence over the past decade or so,” said Charles King, principal analyst of Pund-IT. “It’s certainly contrary to the interests of most employees. I think there will be certain employees who will be upset by this decision,” including some who will consider it a deal-breaker when considering Yahoo as a potential employer.

For many Yahoo workers being able to work from home can mean avoiding commuting two to three hours a day round trip in the San Francisco metro area, said King. “It’s become pretty dreadful out there.”

At the same time, though, “Mayer’s goal here to rebuild Yahoo’s culture is a very important and valuable goal to work toward,” said King. “While employees who work remotely can be just as effective and efficient as those who work onsite, I’m not sure that it’s possible to build a corporate culture if a majority of your employees never see one another.”

Rob Enderle, principal analyst of The Enderle Group, wrote in an email response that the new Yahoo rules are “corporate management by policy,” which treats all workers with the same overarching one-size-fits-all rules. “It takes discretionary power from the managers and forces them to treat all employees with respect to this benefit as if they had abused it. It punishes the good performers equally with the bad performers and, typically, when this is done it causes the good performers to seek employment elsewhere.”

Many other large businesses that have tried to roll back opportunities for home workers have found it damaging, wrote Enderle. “Generally this is done as the result of a lack of people experience in the management staff, and then it gets reversed when that staff discovers key employees they want to hire go to other companies, or a few top employees leave citing this as the reason.”

For workers, the option to work at home fills a unique need, wrote Enderle. “They either just need some time away from office drama to get things done; they live too far away to commute every day; or they have home responsibilities, such as aging parents or young children, that require them to be home. What [Mayer] did could stall or reverse Yahoo’s recovery, and it is very foolish.”

Turek, who wrote a blog post challenging the decision, told eWEEK that it “completely flies in the face of all that our research shows about the trends in the workplace.”

A recent Frost & Sullivan survey of 880 IT decision makers showed that 25 percent of their employees work remotely, which provides benefits such as improved productivity, better employee satisfaction and retention, and the ability to hire the best talent, regardless of location, according to Turek.

“The wasted time that people spend commuting is obviously mentioned a lot, which can range from 30 minutes to 90 minutes or more,” said Turek. “Getting rid of that is huge.”

Not every analyst thought the move was completely bad, however. R. Ray Wang, of Constellation Research, said that for businesses in general, Yahoo’s decision is a bad choice, but that for Yahoo, it could ultimately make some sense, despite the drawbacks for some employees.

“For Yahoo specifically, this is a very good idea,” said Wang. “When the company has gotten too far from allowing employees to have those formal and informal interactions, then you do have to bring people together again. I think Yahoo had gotten too far from that.”

Sometimes having employees working from home too much can mean that a company forgets its mission and doesn’t get everything done, said Wang. That can be a problem.

That’s why Mayer’s attempt at change isn’t a huge shock, Wang said. But what is a big surprise, he said, is that rather than curtailing work from home, Yahoo is moving to completely forbid the practice.

“It’s the extremeness of that message that is shocking,” said Wang. “I think that what she’s trying to do is to underline the seriousness of the situation, to say that for Yahoo to compete with Google and others that they need people to fully engage.”

To do that, said Wang, she wants to put everyone inside Yahoo on an equal footing to “get the whole company moving together in the same direction.”

“That’s why we think they’re taking this action,” he said.

Inevitably, other human resources managers with other companies will probably look at Yahoo’s move and see if it is a fit for them, he said. “The question is, have we gone too far?”

Mayer has kept the mobile industry intrigued since she left Google in July 2012 to become Yahoo’s fifth CEO in four years, and while seven months pregnant.