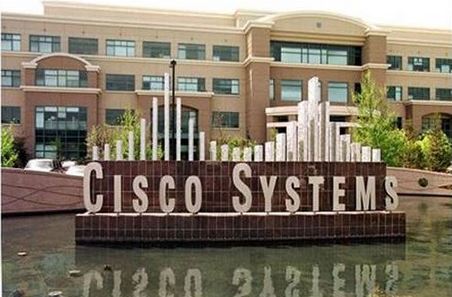 While reading one of the most interesting books on the early days of Silicon Valley last month on 3COM (“3COM Story”), the part that struck me was how Cisco Systems rapidly overcame a competitor that was a rare dragon of Silicon Valley. One of the most important advantages Cisco had was its own culture, and as both companies attempted to grow rapidly by acquisition, Cisco alone was successful while 3COM expired into history and was acquired by HPE. How did this happen? Read on.

It is no surprise that at the opening of C-Scape, Cisco’s analyst program at Cisco Live (its general conference for customers and partners), that the company had its EVP and Chief People Officer, Fran Katsoudas, speak about why Cisco’s culture was better for business.

Here are some of the thoughts she shared that not only define Cisco but should be part of evey major company, both inside and outside the technology industry.

Fran’s first story was about a Cisco group in Europe who raised concerns about how the firm was being run. I had been in a similar group at IBM, so she immediately had my attention. Typically when this happens one of two things takes place: a) the group is managed out of the company; or b) the group is given responsibility to fix the problems they’ve identified but not given the authority to actually get it done.

At Cisco, it happened very differently: The team did get the responsibility to address the problem, but they also got the power of the office of the CEO to get it done. The end result was significant progress toward making Cisco one of the best companies to work for in the tech industry.

This isn’t just giving employees lip service or getting rid of people that were annoying management; this was listening to the employees, taking their concerns seriously, working to understand both the concerns and causes, and then moving to fix the very real problems.

This often is where companies fail. They have a high number of smart people who see the company at a level of granularity that management doesn’t, due to their elevated positions above most workers. If management can’t see a problem and won’t listen to people who do, small problems grow to catastrophes and the firm fails. I think this speaks directly to why 3COM failed and why Cisco is getting stronger.

Now this wasn’t only about executives delegating authority to line workers; they did fund studies that looked at behavior and how employees worked with each other and then, based on those studies, made decisions. One of the areas upon which they focused was diversity. The technology industry has a major problem with diversity; it is largely white and male. What Cisco found upon studying this was that more diverse teams were not only more effective, they were happier and more productive.

These studies also confirmed work that had been done years ago before the EEOC was implemented in the States and badly damaged firm’s ability to even study employees. They found that employees that have more control and ownership, and yes even responsibility, over what they do also were not only more productive, but they were happier on the job as well.

Another area is corporate responsibility. Employees want to feel proud of the brand that defines much of their life. Their careers certainly define them, but so does the brand. Employees want their families and friends to think positivity of them, and as those employees are connected to the brand. One of the recent activities that Cisco has taken is to partner with Global Citizen, which is an organization not promoting technology but aims to end global hunger. These kinds of activities provide meaning beyond the product and help make the Cisco employee feel like he or she is making a positive change on the world.

Millennials, in particular, appear to care about this a great deal, and Cisco has found that these efforts not only help them with retention but with acquisition of employees in skill areas were the supply of qualified employee candidates is very low.

One of the most impressive parts of Cisco when compared to other firms in the segment is that it is diverse at the top. I know of no way to drive diversity up the ladder, because people tend to protect their turf; companies must drive it from top down, because if the executives are diverse, they tend to be far less threatened by diverse subordinates. But if you have a diversity mandate and the leadership team isn’t diverse, that teams tends to see diverse subordinates as threats who may have, due to the diversity mandates that cross the industry, a better claim to their job than they do. So, they’ll move to prevent the success of the diversity program below them; that behavior tends to waterfall down to eviscerate the diversity effort.

CEO Chuck Robbins seemed to understand this. He built his team with a diversity priority so the diversity initiative he mandated would be successful. Cisco, of all the companies I cover, showcases how diversity is a goal and not just something that shows up on a slide presentation.

Typically at conferences and company events, the focus is on the firm’s products and services. There is very little emphasis on the employees. An experience I had decades ago when I was briefed by DEC, a once-powerful but failed company, illustrates this. DEC made a powerful presentation on why their workstations would dominate the market, and I’ll admit I was sold. However, as I left the event, my press contact asked me if I knew of any job openings because most of the group was about to be laid off. That completely reversed my opinion, and instead of advising my customers to buy DEC hardware, I issued an alert to avoid it like the plague because the firm would be unable to execute.

I also recall one of my wife’s bosses commenting that he’d be far more successful if the firm would just get rid of all the stupid salespeople. Fortunately, they let that guy go, but it isn’t an uncommon belief that the people who actually do the work aren’t important.

People are important, and the firms that forget this tend to fail. Cisco Systems gets this, and management sets a nice counterpoint to the employee mistreatment that has been way too common in this segment.