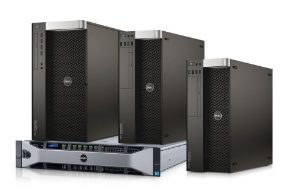 Dell is no stranger to delivering virtual reality technology, according to Rahul Tikoo, executive director and general manager of the company’s Precision workstation business.

Through its Alienware business, Dell has brought virtual reality (VR) experiences to gamers, while on the corporate side, the company has offered immersive computing through such setups as 3D immersive caves and display walls, Tikoo told eWEEK.

However, with VR expected to expand rapidly in the corporate world, Dell officials are pushing to stay ahead of the curve. A major part of that effort will come through the Precision workstation unit, and the company on March 31 launched its VR Ready program for the workstations with upgraded systems designed for creating and consuming VR content.

Dell is rolling out enhanced Precision desktop systems that come armed with massive compute and graphics capabilities and the ability to support VR experiences for corporate customers using such VR headsets as the Oculus Rift—which launched this week—and the HTC Vive, which is coming early in April.

While VR is taking off in the consumer space, the real promise will be in the corporate world, Tikoo said. There is a growing demand in a range of areas, from retail and media to oil and gas and engineering. Businesses want to use VR technologies in their showrooms and large geospatial models and architecture designs, and they need products that are significantly less expensive than immersive caves and display walls.

“There’s going to be a bigger opportunity [for VR], and the biggest market will be the commercial space,” he said.

Through its VR program, Dell officials want to create “VR Ready” products that not only include Dell technology but also work with third parties to ensure their software can easily run on the workstations. In addition, the systems themselves need to use the best technology available, from processors to GPUs. The new workstations are the first such systems, Tikoo said. They’re designed to have the minimum power and memory required to run VR workloads well.

The systems will bring up to 1TB of DDR4 memory running at 2,400MHz, and Dell’s Precision Ultra-Speed PCIe drives will deliver as much as four times faster performance than tradition SATA solid-state drive (SSD) storage. Other technologies include Dell offerings like Reliable Memory Technology, Dell Intel CAS-W cache acceleration through software and an enhanced Dell Precision Optimizer, which automatically tunes workstations for 22 professional application profiles.

In addition, Dell’s expanded liquid cooling technology reduces the heat generated by the systems and improves the acoustics of the workstations by up to 38 percent.

The enhanced workstations will be available starting April 5.

Tikoo said the company expects the ramp to VR in the commercial space to happen rapidly over the next 12 to 18 months, with businesses also embracing augmented reality (AR) technologies. The new workstations are the beginning of Dell’s planned push into VR and AR. He said Dell engineers already are working on future products, including mobile solutions. The vendor has been developing its commercial VR plans for more than a year and has been in development with the new workstations for the past six to eight months.

“This is step one in a multistep process,” Tikoo said.

He noted that unlike in the consumer space, where price is a key driver for product adoption, in the commercial market, product quality is critical. Businesses when they choose a workstation platform are making an investment of five to seven years, Tikoo said.

“The hardware really needs to work,” he said. “They want the right solution. They don’t want a toy.”