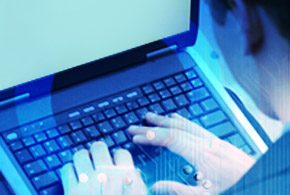 Intel continues to get hit by the stalling PC market, and executives said it could be several months before the industry sees whether it gets a bounce out of the upcoming release of Microsoft’s Window’s 8 operating system.

The giant chip maker in the third quarter once again felt the impact of the slowing sales of PCs, with net income coming in at $2.97 billion, a drop from $3.47 billion during the same period last year. Revenue came in at $13.5 billion, a 5.5 percent drop from the third quarter in 2011, but slightly better than the lowered $13.2 billion the company forecast in September.

Intel saw revenues saw its PC business fall 8 percent, and the outlook for the fourth quarter is muted, with Intel executives forecasting $13.6 billion in revenues, which would be a 1 percent increase over the third quarter.

The PC market has been struggling for several quarters, hit by a combination of an uncertain global economy, the rise in popularity of tablets and smartphones, and the anticipation over the release of Windows 8, an operating system that not only will mean new PCs, but also has been optimized for tablets.

Analysts with both Gartner and IDC last month said that third-quarter PC sales dropped between 8 and 9 percent and the numbers are having a ripple effect throughout the industry. Intel rival Advanced Micro Devices announced earlier this month that that revenue for the third quarter will fall 10 percent, and there are accompanying rumors about the company planning to cut 20 to 30 percent of the workforce. AMD is scheduled to release its third-quarter numbers Oct. 18.

Top-tier PC makers Hewlett-Packard and Dell both also are being impacted by the stagnant PC market, and are looking to lessen their reliance on their PC businesses and grow their enterprise IT solutions efforts.

In a call with analysts and journalists Oct. 16 to discuss Intel’s third-quarter financial numbers, CEO Paul Otellini noted that the PC market in the fourth quarter will grow at half the rate that normally is expected. In response to a question about what it was that was impacting the PC market the most—mobile devices, the economy or the wait for Windows 8—Otellini said that “it’s a bit of each.”

“Clearly we saw a softening in the consumer segment,” he said, adding that “the surprise there was China, which had been very strong, turned weak on us.”

Whether Windows 8 will be the savior won’t be known for three months or more after the operating system is released, he said. “With Windows 8 coming out in another week or so, hopefully we’ll see a new trend of build and consumption,” Otellini said.

However, he also said that he sees a “computing market that is in a period of transition” that is bringing with it a lot of innovation, not only tablets and smartphones but also hybrid and convertible systems—that can work as both traditional laptops and as tablets—and Ultrabooks, very light and thin notebooks based on Intel processors.

The chip maker is looking to leverage the release of Windows 8 to make significant inroads into the mobile computing market now dominated by chips designed by ARM and made by the likes of Qualcomm, Nividia and Samsung Electronics. Otellini said there are more than 140 Ultrabook designs based on Intel’s Core processors—more than 40 that will have touch capabilities, and many that will come in at $699 or less.

Intel also is going after the tablet market with its Atom Z2760 Clover Trail processors, which were built specifically for Windows 8 tablets, while getting ready for next year’s release of Haswell, a low-power processor that will help drive many of these new system designs, Otellini said.