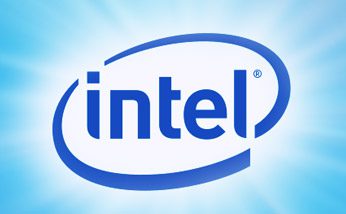 Intel is getting into the Internet TV business this year as it continues to look for new growth markets for its processors.

The world’s largest chip maker will make a set-top box that will enable consumers to bring TV shows, on-demand content and other services from the Internet and into their televisions, according to Erik Huggers, head of the company’s new Intel Media unit.

Huggers reportedly said while speaking at the AllThingsD conference that the Internet set-top box will launch later this year, competing against not only traditional cable and satellite TV companies, but also viewing devices from the likes of Apple and Roku.

Intel aims to give users a better viewing experience than they can find currently, Huggers said.

“I think we can bring an incredible experience,” he said, according to The Wall Street Journal.

Intel is aggressively looking to reduce its dependence on the PC chip business, particularly with sales of PCs worldwide continuing to slow as the popularity of mobile devices like smartphones and tablets grows. Intel also is trying to make inroads into that space, well as other areas such as networking and storage. The consumer space is another potential growth area for Intel.

“Intel is very interested in getting into the consumer businesses,” Huggers said, according to Bloomberg. “We’ve taken a leap of faith that the time is here.”

He said Intel has hired people from companies such as Apple, Google and Netflix to work on the project. Intel has been building up the media group for about a year, he said.

Speculation about Intel’s interest in the Internet TV business has been around for months, though officials in the company have kept mum. Intel was expected to unveil the project during the 2013 Consumer Electronics Show last month, but the announcement was delayed, reportedly over difficulties Intel was having getting licensing agreements from some content producers.

Huggers said Intel has cast a wide net as far as partners go, though he declined to say what content will be available to consumers when the set-top box—which will be powered by Intel chips—launches or what content providers Intel is working with.

“We are partnering with programmers,” he said, according to Bloomberg. “We are working with everyone right now.”

Intel’s goal is to offer bundles of offerings similar to those coming from traditional cable and satellite TV providers. In addition, those bundles reportedly won’t be aimed at undercutting the offerings from cable and satellite companies, he said. However, the user interface will be better, Huggers said.

“I don’t believe the industry is ready for pure à la carte,” he said. “If bundles are done right, there is real value in that.”

In addition, Intel’s set-top box will come with a camera that faces the viewers to authenticate users, according to The Wall Street Journal. In addition, the consumer-facing cameras reportedly will enable users to watch programming with people in other locations.