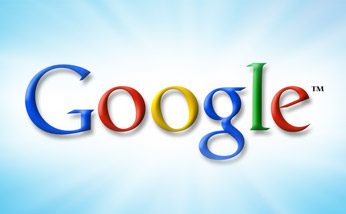 The Federal Trade Commission has ordered Google to abide by its promises to offer reasonable licensing terms for “standard-essential” technology in the mobile industry under fair and non-discriminatory (FRAND) terms.

Patents are considered standard-essential when the technology they cover are incorporated into products in such a way that adherence to an industry standard requires use of the patent. Samsung is currently being investigated by the European Commission for alleged violation of FRAND licensing requirements.

Google inherited the standard-essential patents when it bought Motorola Mobility at the beginning of 2012. Motorola had been filing lawsuits against companies using those standards. “Years ago Motorola promised to license its essential patents on FRAND terms,” said FTC chairman Jon Leibowitz. “Rather than licensing the products as promised, Motorola sought to block critical electronic devices from entering the country. Google inherited this litigation and continued the practice.”

While holding up a first generation Apple iPad to make his point, Leibowitz continued, “Google was ordered to abandon this practice and offer licenses on FRAND terms.” Leibowitz said that he hoped that the FTC action would become a template for future actions. “Companies cannot have a patent included in a standard and then seek an injunction against companies for using it,” he said. In his comments, Leibowitz made it clear that he was considering the action as a solution to some of the other ongoing patent wars.

The FTC also got a consent agreement from Google regarding the use of material from the Websites and search results of other companies, notably Yelp. “Google will stop using content of its rivals to advertise. Google has agreed to a legally binding agreement.” Leibowitz said that Google’s actions undermined competition by presenting material from other companies as its own, effectively keeping companies from visiting the site where the material originated. “Google scraped reviews from Yelp, presented them as its own, and when they complained, threatened to remove entirely from search results.” Leibowitz noted that the material was used without permission.

However the FTC did not choose to take action against Google for complaints regarding biased search results. Leibowitz noted that in many cases Google demoted results that were the result of attempts to game the system, and as a result of this, Google’s arrangement of results was effectively helping consumers.

The FTC’s action was hailed by the Computer and Communications Industry Association. “The FTC’s decision not to proceed with a search case against Google was the right call. Over the course of its far-reaching 19-month investigation, the FTC thoroughly reviewed the facts and the applicable law and made its decision accordingly,” said CCIA president Ed Black said in a press conference held after the FTC announcement.

“This is exactly how law enforcement is supposed to work. This was a prudent decision by the FTC that shows that antitrust enforcement, in the hands of responsible regulators, is sufficiently adaptable to the realities of the Internet age,” Black said.

However, Black also said that CCIA was concerned about potential limitations on copyright law. “I am concerned about Google’s voluntary commitment on its display of ‘snippets’, which potentially sends the wrong message on fair use. Displaying ‘snippets’ of information from other sources, whether from newspapers or websites, is beneficial to consumers, widely accepted as appropriate, and protected under copyright law,” Black said in a prepared statement issued at the press conference. “Other companies should not interpret this agreement as diminishing their fair use rights in any way,” Black said in his statement.

Now that Google has reached a patent use agreement with the FTC, Black suggested that the federal regulatory agency needed to focus on patent abuse throughout the tech industry. “The settlement with Google on standard essential patents attempts to address one of the grey areas of patent policy and we will monitor it closely,” Black said in his statement.

“Given that SEP [Standard Essential Patent] issues are minor compared to the major abuse that goes on elsewhere in the patent system, we hope that the FTC does not stop here. The agency’s historical expertise in this area gives it both the resources and the cachet to inject competition concerns into the greater debate around patent reform,” said Black.

The question, of course, is whether the FTC can view the current patent wars as being anti-competitive, and if it does, find a way to take action against the abuse. There’s no question that moves by companies including Apple and Samsung (and up until now, Motorola) to prevent products from entering the US on the basis of claimed infringement of essential patents is hurting competition, especially to smaller players.

While Google and Apple have enough money to fight patent wars for an eternity, the practice hurts companies with more modest means. It can effectively force those companies out of the market, eliminate competition and thus hurt consumers. To defeat this, the FTC developed a procedure in which the holder of a standard-essential patent would have six months to reach a fair agreement on the use of the patent by anyone. If an agreement was not reached, then Google would be required to enter into arbitration before seeking an injunction.

If the FTC can make this procedure a standard practice, it could at least end the worst abuses of the patent wars and that would help everyone.