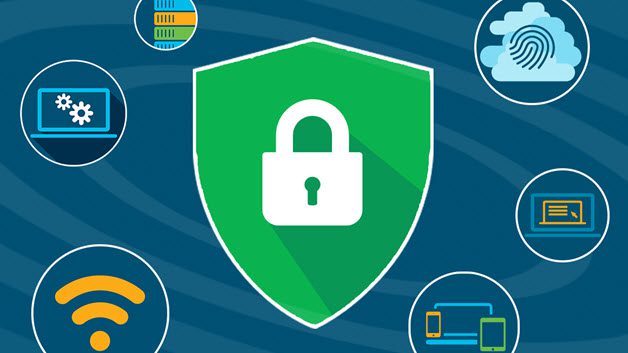 I’ve been attending a lot of briefings on sustainability, diversity and security, and one consistent problem I’m seeing is that the technology companies are getting all three wrong. For issues like this, in the current age, they shouldn’t be competing in these areas but instead cooperating.

Let me walk you through what I mean.

We have one planet. We mess this place up; there is a long-term plan to move a small number of us to Mars, but if the planet becomes uninhabitable, as a race we are pretty much screwed. I believe that anything that is designed to save the race should be an all-hands-on-deck effort where the firms cooperate, collaborate and drive change collectively, so that every firm is doing its best to avoid polluting our planet initially and removing the existing pollution over time. This is one area where companies like HP and Dell are standing out both by cooperating with each other and by putting a lot of innovation into the effort.

Interestingly, both HP and Dell are reporting that a significant number of design wins are directly related to this sustainability effort and that the collaborative nature of the work has been very beneficial to both their respective bottom lines and furthering of their recycling efforts.

However, much of the sustainability efforts defer, rather than eliminate, waste. Yes, waste plastics are being used to build products and packaging, but ensuring that those items are themselves recycled varies widely, with HP Printing arguably doing the best job here.

One of the problems I’m observing is that abusive employees and managers who resist diversity efforts and are terminated are finding their ways into other technology companies. You don’t fix bad behavior by allowing it to migrate to other companies. If firms pass problems among themselves, then these problems never really get addressed, and bad actors simply relocate their bad actions to other firms.

If we are truly serious about eliminating sexism, racism and any form of employee abuse, we have to identify repeat offenders to the group and work to either rehabilitate them or get them out of the workforce. We should not pass them off like a game of hot potato.

It is particularly troubling to see executives who were infamous for mistreating women move to other companies with their rank intact and become repeat offenders at their new place of employment. If we work to ensure that these bad actors are out of management, if not out of the workforce, we can make far more progress on ensuring that women and minorities are protected, and that the next scandal in this space doesn’t happen in the technology segment.

Once we had state players formally enter the segment, the game should have changed significantly for security mitigation. Defending against state-level attacks–which can include compromising employees to embed payloads into products being manufactured–the ability for any one tech company to adequately address the problem became comparatively inadequate. We are in a situation now where countries are funding projects to compromise other countries by attacking their infrastructures, which are almost universally underprotected.

There is the belief that a nationwide attack on something like the power grid would be ill-advised, but we have people in power making ill-advised decisions all the time. Were we to have a sustained power grid failure, fatality estimates I have seen can top a whopping 85%. That almost 9 out of 10 people could die and given no country could survive a loss of life at that level, we are potentially talking about losing the country.

Here, not only do companies need to cooperate, but there also needs to be a significant effort to get the various governments to create treaties to collectively eliminate the malware industry before that industry accidentally takes a good chunk of us out.

My own biggest concern is that a dangerous form of malware created and used to attack one country or company isn’t contained and accidentally does damage at a nation-state or world level. It has reached the point that we need to go more aggressively after the sources for malware; otherwise a massive nation-killing breach is a certainty.

Wrapping Up: We Are In This Together

One of the things that impressed me with Mercedes Benz is it has a policy that any competitor can license for free its safety technology because keeping people safe should be a cross-industry effort. This should be true of sustainability, because we are talking about survival of the race; diversity, because that is critical to the economic stability of the world; and security, because if we don’t eliminate the causes, they could eliminate us–either accidentally or on purpose.

If we don’t step up to these challenges together, the outlook for the companies we work for, the countries we live in and our families are dire, and dire isn’t good.