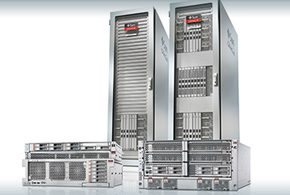 The belief was that Ellison and Oracle executives were after Sun’s software and developer assets, such as Solaris and Java. There was no reason for a top-tier enterprise software maker like Oracle to get into the hardware business, particularly systems that were primarily based on the SPARC/Solaris architecture at a time when most businesses were gravitating toward Intel and x86.

But Ellison continued to say that he not only intended to keep the Sun hardware, but would increase investment in it. With the SPARC systems, Oracle would be in control of the entire stack, from software to systems to processors, and would have both software and hardware engineering teams in house, all assets that few other vendors possessed.

Over the past five years, Oracle has steadily upgraded the SPARC chip architecture and the servers that run on it. At the company’s OpenWorld 2015 user conference this week, Oracle officials unveiled the latest processor, the SPARC M7, and a family of systems powered by the chip. However, the M7 is the first chip completely designed by Oracle, and brings home Ellison’s vision of what the combination of hardware and software can do.

The new processor includes software features integrated onto the silicon that are designed to bring improved data security and database performance. Oracle’s Software in Silicon initiative was born out of discussions between hardware and software engineers about how software and silicon could be worked together to enhance application performance.

It’s something that Oracle officials expect to continue, according to John Fowler, executive vice president of systems for the vendor.

“The next decade of systems development is about incorporating key functions of application software into silicon,” Fowler said during a video presentation talking about the SPARC M7.

The processor includes two embedded security functions and a database function. Under the Security in Silicon effort, Oracle is looking to better secure data in memory and accelerating encryption with hardware. With Silicon Secured Memory, Oracle strengthens access control to data in memory to protect against malicious intrusion. Blocks of memory that an application wants to access are assigned a key—what Oracle officials call a “color bit.” The software can access only that block of memory, and when it’s no longer needed, the color bit is discarded and the process starts all over.

With Hardware-Assisted Encryption, Oracle engineers put the software function into all 32 of the chip’s cores. By putting the encryption in the chip, Oracle not only accelerated it but ensured that much of the processor’s resources are kept free to do other tasks, according to Fowler. Software-based encryption tends to use up much of the processing power.

“Encryption is a foundational element of enterprise computing, and we believe we should have done this a long time ago,” Fowler said in an online question-and-answer session on the company website. “Everyone needs to run their data centers fully encrypted—nothing should be done ‘in the clear.’ That’s the future of computing. Absolutely everything is encrypted, whether it’s stored on a disk, on a wire, on your laptop, in the back-end data center, or on a tape drive. This is the first processor that enables that.”

With SQL in Silicon, Oracle is adding co-processors to all 32 cores, which can be used to offload tasks—such as memory decompression, memory scan and filtering—from the core and enhance the efficiency and performance of database applications. The result is lower memory utilization and 10 times better database query performance, according to Oracle officials. Oracle Database 12c In-Memory supports the new capability.

Nathan Brookwood, principal analyst with Insight 64, said embedding software functions onto the silicon is the first iteration of Oracle’s promise of leveraging the software and hardware together. Brookwood had been skeptical over the past several years, but told eWEEK that he is impressed with what Oracle has done with the M7 architecture.

“They’ve taken what had been marketing fluff and made it into reality,” he said.

The challenge for Oracle now will be convincing businesses to buy the new systems. Brookwood said that over the last few years, there has been a “slow war of attrition. Every few years they lose a customer, and they don’t get another one back.”

Few businesses make the move away from industry-standard systems to a more proprietary architecture unless there is a feature that isn’t available on those industry-standard servers, he said. However, some of the new Silicon on Software “just might be the features [that could convince businesses to make the move]. Just making the [systems] a little bit faster or a little bit cheaper isn’t going to do it.”

Some advantages Oracle has on its side are Ellison’s patience and deep pockets, giving the company time to grow the business, Brookwood said. And Oracle has been consistent in rolling out new versions of the SPARC architecture on time.

“Larry Ellison’s willing to spend on innovation,” he said. “They have more people working on the SPARC processor today than were ever working on it at Sun.”

Along with the SPARC M7 processor, Oracle also unveiled new M7 systems, including the SuperCluster M7 engineered system and SPARC T7 and M7 servers. All existing commercial and custom software will run on the new systems and benefit from the improved security and performance, and developers can write new applications that take advantage of the Software in Silicon features.

The new systems are available now.