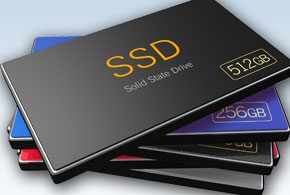 SAN JOSE, CALIFORNIA—Open source hardware is hitting its stride with new initiatives designed to lower data center hardware costs and give IT departments more flexibility in how they configure systems.

A new study released here March 20 at the Open Compute Project Summit found that revenue generated from OCP equipment in 2017 reached $1.2 billion. That figure, compiled by IHS Markit, doesn’t include revenue from project board members Facebook, Goldman Sachs, Intel, Microsoft, and Rackspace. The Open Compute Project Foundation was formed in 2011 by Facebook, Intel and Rackspace.

Most of these companies got involved in the open source hardware movement because they were building their own “white label” cloud servers, storage and network components instead of buying brand-name equipment to reduce their infrastructure costs.

Executives from several major vendors took to the stage to discuss current and future “open compute” hardware and network efforts and detail the benefits of ongoing projects.

With Denali, Microsoft says cloud service providers like itself will be able to better optimize their workloads by making management of parts of the drive more accessible and reduce the cost of SSD deployments.

“Today’s SSDs aren’t designed to be cloud-friendly,” said Vaid. “We want to drive every ounce of efficiency in the drive with 24-7 availability. We aren’t exposing the capabilities of these flash devices and that means we can’t take advantage of innovation.”

Jason Waxman, general manager of the Datacenter Solutions Group at Intel, said that with the growth of the Internet, social media and different media types including video, a new generation of hyperscale data centers is needed. “We believe this next level of hyperscale performance will drive the next $1 billion wave of OCP products. We believe 80 percent of all workloads in 2025 will be deployed in hyperscale data centers.”

He said that from a hardware perspective what’s needed is technology that allows networks to be virtualized and that accelerates cloud computing. Intel has already contributed 75 product designs to the OCP and is planning more contribution including Intel Rack Scale Design and silicon photonics that Waxman said are optimized for hyperscale performance.

Rack Scale Design uses virtualization, cloud computing, and other software-oriented approaches while allowing workloads to run on bare-metal for faster performance. He said Intel’s “disaggregation” approach separates out pools of accelerators, storage and other resources that can be refreshed independently.

Waxman also referenced the recently-discovered Meltdown and Spectre security flaws in processors made by Intel and others. “We have microcode patches for all the Intel processors of the last five years and additional hardware fixes. That was just the start,” said Waxman.

“Thank you to the community because it’s important we understand the impact on the community. All this infrastructure is great, but without a security mindset it won’t mean a lot,” he added.

Another speaker, Omar Baldonado, engineering director at Facebook, explained why the social media giant is committed to advancing hardware standards. Facebook was a cofounder of OCP seven years ago.

“Facebook was built on open source software and we want to continue to leverage the hardware we need,” said Baldonando. “The reason we’re still here [with OCP] is that we want to move fast and innovate and believe the best way to do that is to work with the Open Compute community and the companies you represent.”

Over the years Facebook has contributed server, storage and network design specifications to the OCP. “We have a good problem—billions of people use our applications, post and watch videos, text and do video chats all over the world,” said Baldonando. That’s only part of the story though. The traffic of Facebook to the Internet is growing, but it’s dwarfed by the internal [Facebook] traffic.”

Baldonando said Facebook takes a three-pronged approach to advancing its hardware infrastructure. First it develops hardware components with the help of hardware vendors. “Then we scale out that solution around the world. When we hit scaling limits we innovate.” Those innovations in turn end up being contributed back to the OCP.