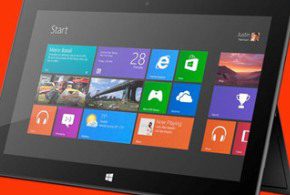 Microsoft is serious about shrinking Windows 8.1 down to size, enough so that the operating system takes up only a few gigabytes of storage on tablets.

This new method of installing Windows 8.1 is geared toward Windows 8 logo-certified devices that contain “smaller disks, e.g. devices with 16GB or 32GB SSDs or eMMC storage, while still ensuring that there is plenty of storage left for apps and data,” stated Niehaus. To users, the technology is largely transparent, “nothing looks any different: You still see a C: volume containing Windows, your apps, and all of your data.”

According to Niehaus, WIMBoot “is supported with all SKUs of Windows 8.1, with the Windows 8.1 Update.” It is essentially another Windows installation option, not “a different version of Windows,” he said.

As expected, devices with WIMBoot are subject to a performance hit. “There is some performance impact, which is why this only targets new computers with small SSD or eMMC-based hard drives,” admitted Niehaus in a follow-up to his post. He also noted that the technology doesn’t keep Windows from growing larger over time.

“The user profile, apps, Windows updates, and anything else applied to the OS after it is initially installed ends up on the ‘real’ C: drive (the WIM is read-only), so there is no relocation needed,” he said.

Niehaus provided an example of how much storage space WIMBoot can help tablet makers reclaim. Employing the technology on a 16GB device with a 3GB WIM file, “you’ll still be left with over 12GB of free disk space (after subtracting out the size of the WIM and a little bit of additional ‘overhead’).” Without WIMBoot, users would otherwise be left with just 7GB of free space.

As an added benefit, the same WIM file can also pull double duty as a recovery image that renders the device a clean slate.

Microsoft appears to have learned its lessons after the original Surface RT failed to dent the iPad’s popularity or stem the flood of Android-based tablets. In addition to limited app support, critics knocked the Surface because its OS, an ARM-compatible version of Windows called Windows RT, took up more than half of the onboard storage space available on the 32GB model, leaving only 15GB for files and application data. On the 64GB model, only 45GB were left.