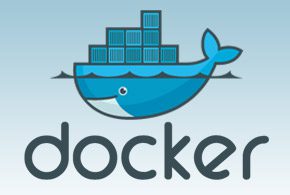 The news was formally announced at the VMworld conference in a keynote by VMware CEO Pat Gelsinger and discussed in a follow-up press conference. Among the key value propositions of Docker is that unlike a virtual machine (VM) hypervisor like VMware’s ESX, each application does not require its own underlying operating system.

VMware and Docker, however, need not necessarily be competitive technologies, and each can be used to complement the other.

“The best way to deliver containers is through a virtual machine,” Gelsinger said during his keynote.

The basic idea is that running Docker containers on VMware VMs offers enterprises the best of both worlds. Developers can embrace the rapidly moving Docker world with its benefits, while still being able to leverage existing VMware workflows.

One of the biggest backers of Docker containers is Google, which is also part of the new VMware/Docker partnership effort. Craig McLuckie, product manager at Google, said during a press conference that the new partnership will enable a way to bring the container style of application management to the world. Google sees VMs and Docker as being very complementary, he added.

“The virtual machine offering provides a very strong way to provision and manage basic infrastructure,” McLuckie said, “while containers exist in the application space and provide a very nice way to package and deploy applications.”

McLuckie said that Google is already using VMs and containers together for a number of reasons, noting that VMs provide a very strong isolation boundary for security.

“I’m not saying that containers don’t offer some benefits from a security perspective, but we really like that strong VM hypervisor boundary,” he said. “VMware spent 15 years making it extremely robust.”

Ben Golub, CEO of Docker Inc., the lead commercial sponsor behind the open-source Docker project, said during the press conference that the partnership with VMware is fundamentally about choice.

“No matter who the customer is, we want them to be able to deploy Docker in the environment that makes sense for them,” he said.

Golub stressed that Docker has been enterprise-ready since at least its 1.0 release, which debuted on June 9. He added that people deploy Docker on bare metal, on the public cloud, in every flavor of Linux and now on every virtualization platform as well.

One of the promises of Docker is the improved efficiency over VMs, by not needing to run separate operating systems for each application. It’s a promise that still holds true when running Docker on top of VMware. Golub noted that when users start adopting containers, they don’t have the overhead of a guest operating system.