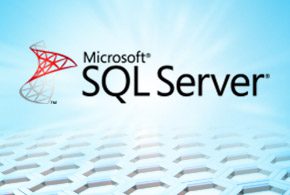 As promised, and after a year of numerous preview releases, SQL Server 2016 is now generally available along with the customer support and software assurance benefits that come with hitting the milestone, announced Microsoft on June 1.

SQL Server 2016 is the latest in a growing portfolio of “cloud-first” enterprise products from the Redmond, Wash., technology company. The software is equipped with hybrid cloud capabilities that enable businesses to stretch their database workloads into Azure, Microsoft’s cloud computing platform. In addition to accommodating workloads that can put a strain on on-premises servers, the software’s Stretch Database companion service can be used to slash data center storage costs.

Customers can toss their warm and cold data onto “low-cost public cloud storage” provided by Azure, Mark Jewett, director of product marketing for Microsoft’s Cloud Platform unit, told eWEEK back in March. Whether scaling database workloads to the cloud or using inexpensive cloud storage, SQL’s hybrid cloud features are built-in and require little if any changes to applications or management workflows other than enabling the new functionality.

“It introduces a new paradigm where all joins, aggregations and machine learning are performed securely within the database itself without moving the data out, thereby enabling analytics on real-time transactions with great speed and parallelism,” he explained in a June 1 announcement. “As a result, analytical applications can now be far simpler and need only query the database for analytic results.”

On modern hardware, SQL Server 2016 will also offer significant performance gains, said Sirosh. Collaborating with Intel, Microsoft was able to a load a TPC-H-derived complex schema at a rate of 1.6 terabytes per hour on a 100TB data warehouse with a single, four-processor server (Intel Xeon E7). A complex query involving the entire 100TB database took 5.3 seconds, he claimed.

Even previous-generation systems should notice brisker performance. “Simply by upgrading to SQL 2016, many customer workloads experienced large performance gains. For example, the 3TB TPC-H benchmark on the same hardware demonstrated a forty-eight percent performance gain,” according to Sirosh.

To help keep sensitive business information out of the wrong hands, SQL Server 2016’s Always Encrypted feature protects data both in memory and at rest. Additionally, the software’s low-overhead Transparent Data Encryption capability, borrowed from Azure SQL Database, locks down user data by encrypting the entirety of a database’s storage.

SQL Server 2016 is available now in four editions: Express, Standard, Enterprise and the free Developer Edition, the latter of which allows users to test the features found in SQL Server Enterprise.