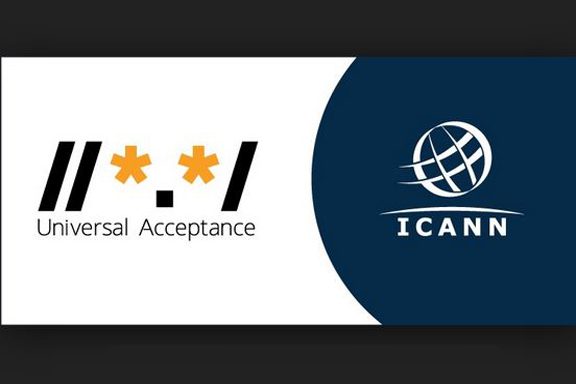 Last May, some of the world’s brightest and most capable developers came to Seattle for the annual Microsoft Build conference, where they explored the future of cloud, blockchain, artificial intelligence and other innovations that are rocking the IT business.

While these innovations are important in helping technologists solve tomorrow’s problems, there is another, lesser-known issue in which developers have an opportunity to add significant value for their organizations: Universal Acceptance.

Universal Acceptance (UA) is the concept of removing all technical barriers that might hinder a user from accessing any name in any top-level domain (TLD) from any web browser, email client or other internet application on a computer or mobile electronic device. A TLD is the last segment of the domain name; these are the letters immediately following the final dot in an Internet address, such as .com, .net, .org, .ai and others.

Why is UA an Issue?

Users are experiencing bugs when trying to use many TLDs in their browsers, email and other applications.  To them, it’s just a broken link, and they simply move on. This contributes to a “chicken-or-the-egg” problem: Users don’t exhibit enough interest to get bugs fixed because the bugs prevent users from becoming interested and vice versa. As a result, this is not just a bug for users; it is a bug for all working to expand the Internet.

Operators of TLDs, especially IDN TLDs, are seeing unnaturally limited demand for names in these zones. This kills enthusiasm for investment in the growth of the Internet. While the domain name space has expanded, the software that supports it is based on rules from 20 years ago.

An IDN TLD is a internationalized domain name top-level domain. This refers to the TLD name being in a non-ASCII script, that is, it uses characters other than the Latin alphabet. The addition of IDN TLDs permit users to make use of names in many more languages than could be achieved in the original set of TLDs.

Bugs appear in a few ways. One of them prevents someone from using an email address because the software doesn’t believe the name is legitimate. The bug may be simply omitting the TLD from a list, or it may be an interactive rejection of a name as not valid.

What We Sometimes Have is ‘Failure to Convert’

Another bug is the failure to convert from a user’s written (typed) input into the internal formats used on the Internet and conversely to display identifiers in the users’ script. The underlying format is in ASCII, to avoid obsoleting older systems, but this format need never be presented to the user.

In certain instances, browsers are not recognizing and rendering the new TLDs in the correct script, such as a Chinese language address displayed as a seemingly random list of letters and figures. Email addresses written in non-English letters also aren’t being accepted.

There’s some education that needs to be done here. To that end, this eWEEK Data Point article, using industry information from the Universal Acceptance Steering Group (UASG), offers a listing of facts about UA and the impact it is currently having on the internet.

Data Point No. 1: Universal Acceptance is a technical compliance process that ensures all domain names and all email addresses can be used by all applications.

UA provides a gateway to the next billion internet users, as it enables governments, community groups and companies to better serve their communities through the use of an increasing number of new internet domains and non-English-based, language-specific domain names, including Chinese, Arabic and many others.

Data Point No. 2: Why is this? The internet has grown increasingly complex in recent years.

The internet name space has experienced explosive growth since 2010, with the introduction of hundreds of new top-level domains (TLDs) that speak to interests (e.g., .COLLEGE) or are in languages other than English (e.g., .世界). But while the domain name space has expanded, the software that supports it is based on rules from 20 years ago.

Data Point No. 3: The majority of websites and email services are not UA-ready.

According to reports from the UASG, only 7 percent of the top websites are UA-compliant and can handle non-English email addresses and TLDs longer than the traditional two or three characters. The Universal Acceptance Steering Group is non-profit made up of more than 120 companies (including Apple, GoDaddy, Google, Microsoft and Verisign), governments and community groups helping raise awareness of UA.

Data Point No. 4:  A lack of UA causes problems for organizations and headaches for users.

With many online forms, TLDs that exceed the previous standard length of two or three characters and email addresses that are based on Unicode are not always accepted. When this happens, users experience a denial of service, creating a poor experience.

Data Point No. 5:  Put into dollars, benefits of UA can be significant.

UA is so critical to a truly global internet that the world’s leading technology firms are devoting time, resources and technical expertise to helping companies become UA-ready. Companies such as Google and Microsoft are making progress toward ensuring their websites, apps and services can be used by any valid domain name – new or old. For example, Microsoft recently announced support for email addresses in Indian languages.

Data Point No. 7: UA is considered a “bug fix,” or routine update to online systems.

The efforts for software and application owners to implement UA are not particularly onerous and are outweighed by the benefits that could be realized by doing so. Updates to make systems UA-ready can be integrated into regular system updates.

Data Point No. 8: Developers play a critical role in making sure their systems work with the common infrastructure of the internet.

Long-term success in the digital world requires that businesses ensure that their systems work with the common infrastructure of the internet–the domain name system. Developers have an opportunity and a mandate to help set their organizations up for success by prioritizing UA-readiness.

Industry leaders such as Apple, GoDaddy, Google, ICANN, Microsoft and Verisign created the Universal Acceptance Steering Group (UASG), which exists to help organizations ensure their systems are UA-ready and able to accept all domain names and email addresses in any valid script. The UASG has developed a number of resources for developers and IT leaders, which are available at https://uasg.tech/documents.