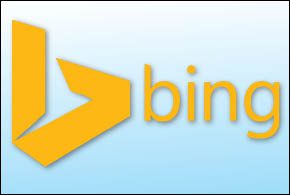 Bing, Microsoft’s search engine, is entering its “next phase” and it involves more than sporting a new logo and delivering an updated user interface. A preview is available here.

The revamped search engine mirrors Bing’s evolution from a search technology to an integral part of Microsoft’s new devices-and-services strategy. Lawrence Ripsher, general manager of User Experiences for Bing, noted in a blog post that Bing exists as an “important service layer for Microsoft, and we wanted to create a new brand identity to reflect Bing’s company-wide role.”

His comments not only point to the dwindling likelihood that the software giant will shed Bing, which consistently lags behind Google in the search market and has dragged on the company’s finances, but that the search technology will underpin many of the advanced, cloud-enabled intelligent services that are currently being weaved into the broader Windows ecosystem.

Last week, Microsoft made headlines when it was revealed that the company is working on a virtual assistant to rival Apple’s Siri and Google Now. Code-named “Cortana” after the AI construct that appears in the popular Halo video game series, the Bing-powered technology is expected to arrive in 2014 on Windows Phone.

In June, the company launched the Bing Developer Center to encourage developers to build smart and aware third-party apps based on Bing components like Optical Character Recognition Control, Translator Control and Speech Control. The upcoming Windows 8.1 update will offer deeper Bing integration and a retooled app.

The new Bing dons a distinct new logo along with a more “modern” responsive user interface that retains its focus on photos and imagery. In a nod to the variety of devices that people may use to interact with Bing, the new version will “intelligently scale” and render appropriately on smartphones, tablets and PCs.

Under the hood, Microsoft has added new features that enhance Bing’s task-oriented approach to Web searches.

A new feature, called Page Zero, “helps a user get an answer or take an action before they even see the first results page” by surfacing key search tasks (Images, News, Flight Search, etc.) related to a query as it is being typed, stated Ripsher. A new area, called the “Pole Position,” prominently displays “results where we have high confidence on a user’s intent,” he added.

“When we know that someone wants images of a celebrity, is looking for a specific fact or needs a detailed view of the weather in a particular city, we now provide a much larger answer beautifully integrated at the top of the page,” informed Ripsher, adding that “larger format answers help people find the best answer for their question.”

Bing Snapshot, a feature that delivers facts and figures related to a search into a consolidated view, and the social savvy Sidebar have been combined “to provide people with all the supporting context they’ll need for any given query,” said Ripsher. “This combined region ranks the key information and actions we know about any an entity, while bringing in friends and expert opinions about that same topic.”