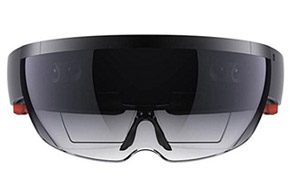 Microsoft has high hopes for its mixed reality and industrial Internet of Things (IoT) technologies in manufacturing plants.

The Redmond, Wash. software giant and its partners have gathered at the Hannover Messe 2017 conference in Germany to show off their latest innovations and how they can help factories churn out higher-quality products more efficiently. One way manufacturers can augment their existing design and production capabilities is to embrace mixed reality, the company’s take on augmented reality, according Toni Townes-Whitley corporate vice president of Worldwide Industry at Microsoft.

“With Mixed Reality, Microsoft is redefining what a digital twin is in manufacturing, the ability to blend physical and digital into 3D,” she wrote in blog post. “Using HoloLens, factory technicians have an entirely new way to visualize a piece of machinery, and solve complex tasks that were previously impractical or even impossible, not to mention saving them costs and downtime.”

One example is a system developed by Radius Innovation & Development, a consulting practice run by electronics manufacturing services provider Jabil. The firm is demonstrating a system that uses HoloLens, Microsoft’s Windows 10-powered augmented-reality headset and a Surface Studio PC to design infusion devices used by doctors to deliver drugs and nutrients to patients. With its ability to manipulate 3D objects and collaborative software the system enables users to rapidly refine their product designs before they reach the manufacturing stage.

In terms of industrial IoT, the worked with Sarcos Robotics on a robot-as-a-service offering that can enhance workplace safety and aid rescue operations after accidents or natural disasters. A sensor-packed Sarcos Guardian S “snake robot” uses Windows 10 IoT and Azure Machine Learning to recognize patterns and detect anomalies as it crawls through pipes and constricting, potentially hazardous terrain. Users can control the robot from miles away using a Windows 10 tablet and the system learns from technicians for more efficient and safer operations over time.

Partner original equipment manufacturer (OEM) is venturing into workplace wearables with a device based on Windows 10 IoT Core. The commercial-grade, Bluetooth- and WiFi-enabled wearable can run Universal Windows Applications and connects to Microsoft Cognitive Services and other cloud services from the company.

Worn on a wrist, the ruggedized 1.5-inch device can be used in a variety of line-of-business use cases like retail inventory management, fleet management and industrial automation. “The TrekStor IoT Wearable allows various functions to be reported to the right place without any communicative detours, and messages can be transmitted silently in real-time or verbally via voice messages,” stated Skand Mittal, Windows Industry lead at Microsoft, in an April 24 announcement.